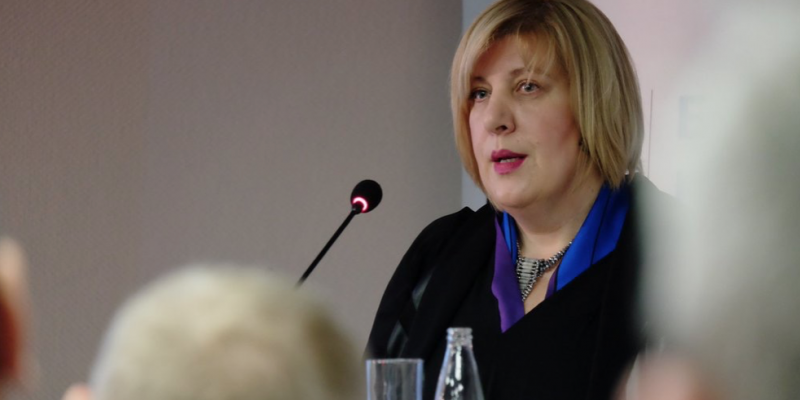 
The safety of journalists remains the main threat to media freedom in the OSCE region, OSCE Representative on Freedom of the Media Dunja Mijatović said today during her visit to Sarajevo, Bosnia and Herzegovina.

During her visit, Mijatović also participated in the European Federation of Journalists’ General Meeting held in Sarajevo and delivered the keynote speech at the event.

“Any rational discussion about the state of media freedom must begin with an analysis of the state of the safety of journalists,” Mijatović told some 100 delegates from journalist federations from across Europe. “It is unacceptable that journalists every day are being attacked, threatened and intimidated for what they say or write.”

In her keynote speech Mijatović pointed to the growing number of online threats against journalists and expressed particular concern about how female journalists are being singled out and targeted.

“These online attacks tend not to address the content of the articles but instead degrade the journalists as women,” Mijatović said. “For some female journalists, online threats of rape and sexual violence have become part of everyday life; others experience severe sexual harassment and intimidation. Misogynist speech is flourishing.”

Mijatović also addressed the connection between security and free expression and free media, which has fundamentally changed following the recent horrific terrorist attacks that have struck Europe.

“This has contributed to a situation where the future of free expression and media freedom could be dictated in large part by security concerns,” Mijatović said. “The core issue here is how to properly protect freedom of the media and freedom of expression while fighting threats to our societies.”

“This makes it difficult for journalists to reveal stories that might be in the public interest in the area of national security, intelligence and law enforcement, where information is sensitive, but not necessarily classified,” Mijatović said.

“I do recognize and fully respect the importance of any government’s legitimate security efforts and preventive measures, but all measures aiming to increase security must be accompanied by meaningful counterweights protecting human rights such as freedom of expression and media freedom,” she said.