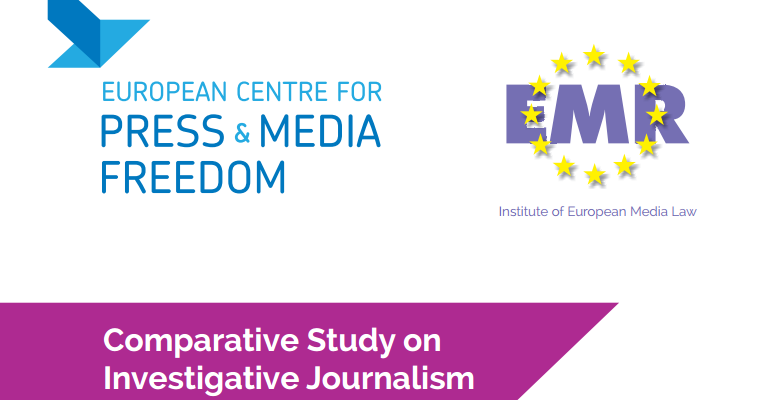 
The Institute of European Media Law (EMR), consortium partner of the European Centre for Press and Media Freedom (ECPMF), has recently conducted a study on the state of media freedom and investigative journalism in Europe. The results published on 17 May 2016 show that restrictive rules for the development of press freedom remain a major obstacle in all countries.

1. Decriminalisation of journalism = Hungarian model
Journalists might infringe the law while trying to obtain information. According to the report, all legal frameworks know limits to the freedom of obtaining information. Even though in many states courts take into consideration the importance of press freedom when deciding on criminal charges against journalists, yet a risk of conviction always exists. That is why the report calls for “a decriminalisation of journalists for acts committed while trying to obtain information”. The Hungarian model which exempts journalists from any criminal liability for infrigements of the law during the exercise of their profession is presented as a best practice.

2. Public interest exception
The publication of information may violate third party rights which can have legitimate interests in the secrecy and privacy of certain information. The report shows no general objections against rules which prohibits the publication of these information. But such rules “should have a public interest exception to allow the balance of interest” it says, which should apply in all countries. A precise definition of what fits in the notion of “public interest” is also needed, says the report.

3. Criminal investigations of journalists regulated by courts
Journalists might be subject to criminal investigations and this can have a chilling effect on press freedom (self-censorship, protection of sources). The search of editorial offices and the seizure of journalistic material should “only be possible if an ex ante review by the court has taken place” as it is the case in France, Poland and Denmark, recommend the report. The journalist refrain from testimony in court proceedings is also necessary for all countries.