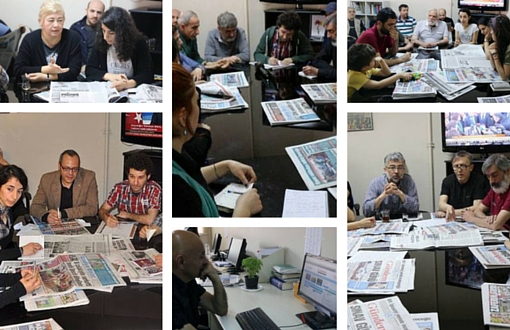 
Update (25th May): Our Turkish colleague Erol Önderoglu is also under criminal investigation for “terrorist propaganda” for participating in a solidarity campaign with the Kurdish daily newspaper Özgür Gündem. The EFJ and IFJ demand that all criminal charges be dropped against journalists involved in this campaign. 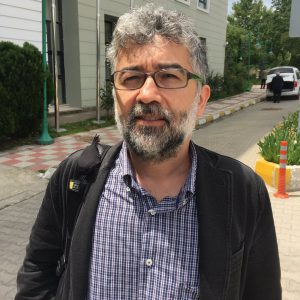 The European and International Federations of Journalists (EFJ and IFJ) is calling upon the presumptive upcoming Turkish Prime minister, Binali Yildirim, to end the climate of permanent judicial intimidation, threats, harassment, detention and physical assaults against journalists and media workers in Turkey.

The EFJ is particularly underlining the fact that Turkish judicial authorities have recently opened an investigation against 5 journalists (Ertugrul Mavioglu, Faruk Eren, Ayse Düzkan, Mustafa Sönmez and Melda Onur) and trade unionists just for participating in a solidarity campaign with the Kurdish daily newspaper Özgür Gündem. Journalists and trade unionists under prosecution are now requested to testify on the grounds that articles and news pieces published on the days that they participated in the solidarity campaign constituted “terrorist propaganda” and “incitement to crime”. Faruk Eren and Ayse Düzkan are both board members at Disk Basin-Is (Turkey’s union for journalists and workers in the printing industry, EFJ affiliate-elect) and Ayse Düzkan was our guest trade unionist at the recent EFJ Annual Meeting 2016 in Sarajevo.

“This type of prosecution is clearly a way to intimidate journalists and trade unionists by creating an environment of fear and has a chilling effect on freedom of expression in general”, said Mogens Blicher Bjerregård, EFJ President.

The “Co-Editorship-in-Chief” campaign launched by Özgür Gündem daily on May 3rd for the World Press Freedom Day (#WPFD) managed to attract 16 journalists to participate in this solidarity act. EFJ-IFJ affiliates in Turkey, TGS and DISK Basin-Is, fully supported this initiative to develop solidarity among press workers.

Stripped of legal rights over her children for reporting

In another Turkish case, the EFJ has condemned the sentencing of journalist Arzu Yildiz to 20 months in jail and stripping of legal rights over her children for breaching the confidentiality of a court case. The sentence is pending approval from the court of appeals. Arzu Yildiz was sued by the state after publishing footage in May 2015 from a court hearing at which four prosecutors were on trial for ordering a search of trucks belonging to Turkey’s MIT intelligence agency as they traveled to Syria in 2014. In a separate judicial case linked to the same issue, Can Dündar and Erdem Gül were sentenced to at least five years in jail for revealing state secrets after publishing footage which purported to show the trucks carrying weapons to Syria.

The EFJ-IFJ will submit those new cases of violations to the Council of Europe’s platform for the protection and safety of journalists and alert the Mapping Media Freedom platform and are again calling upon the Turkish authorities, including the new presumptive PM Binali Yildirim, to change this dramatic situation.