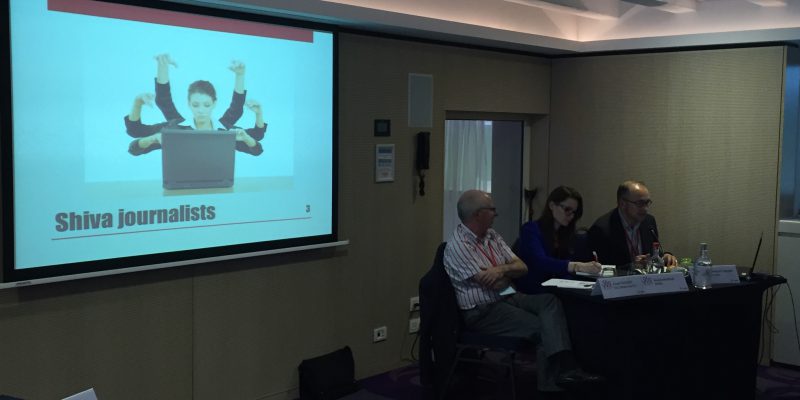 The conference was held the day after the United Kingdom held its referendum and voted to leave the European Union. Commissioner Thyssen commented that ”there will be ‘no business as usual’ ” following the Brexit and it is ever more important to bring Europe closer to the people. She expressed commitment to ensure fair working conditions and social protection for all workers, especially emerging new forms of employment, in Europe.

Mark Keese of the OECD warned about the impact of globalisation and digitalisation on workers as ”a race to the bottom”. Keese called for measures to ensure equitable distribution, invest in education and protection of workers.

Technology has played a crucial part in changing the way we work and live. Commenting on this, Guy Ryder of ILO argued that technology is the only mega driving force for change. He stressed that policy is important to and we must shape technology for social purpose.

MEP Thomas Handel also stressed the need to adapt policy-making especially labour law to the changing labour market. He suggested that the meaning of worker today differs from the past while job security has been replaced by flexibility. MEP Handel called for regulation to ensure worker’s protection and investment in new jobs and people.

The second day of the conference focused on examples of how the world of work has been changing rapidly and key challenges facing workers and their representatives.

Speaking in a panel on work intensification, Ricardo Gutiérrez, General Secretary of the European Federation of Journalists (EFJ) said, ”Similar to many sector, journalists are facing increasing workload. Robotisation in journalism has put journalists under immense pressure. Work-life balance is almost an unattainable reality.” Gutiérrez pointed out that there is a strong link between work intensification and burnout rate of journalists.

”The professional has been de-humanised. The mission of journalists as watchdog is being overtaken by the demand to be more efficient. This will put democracy at risk,” added Gutiérrez.