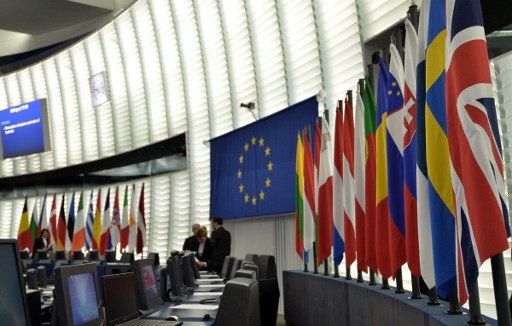 
Whistleblowers protection was debated yesterday evening (6 July) in Strasbourg during the plenary session. Members of the European Parliament (MEP) from different political groups expressed the need to have an EU-wide legislation protecting whistleblowers, while the Commission said it can’t move forward without firm legal basis.

The discussion was prompted by the unsatisfying LuxLeaks judgement and the Panama Papers scandal, which recalled on the essential role whistleblowers play for the general public interest and the lack of protection they face at the national level. According to European People’s Party MEP Constance Le Grip, “those cases show the usefulness of whistleblowers in sheding light on activities where people are breaking our standards and our fondamental values.” To Greens MEP Benedek Javor, who closely followed LuxLeaks trial in Luxembourg, it also proves that “things in place right now are simply not enough to protect effectively whistleblowers”. Socialists & Democrats MEP Evelyn Regner added that the whistleblowers issue conflicts with political aspect: “It is a question of political will, not a question of legal basis”.

The Council of the EU represented by Ivan Korcok, Ministry of Foreign & European Affairs of Slovakia – Slovakia holds the rotating presidency – gave a positive signal by saying he is ready to cooperate on this matter: “It is crucial that whistleblowers can signal an alert without having to pay for it with their job, their reputation, their life”, Korcok said.

#EPlenary today on the protection of #whistleblowers. VIDEO extracts from the debate → https://t.co/InYoSmBwxghttps://t.co/QkssQmtRtN

The European Commission represented by Vice-President Jyrki Katainen said the Commission is supporting the objective of protecting whistleblowers: “We have already taken step to protect them in sectorial legislation. We all are in the same side. Whistleblowing is part of normal rule of law in Europe, or at least it is supposed to be. Unfortunately it is not the case in all of our Member States. The Commission is currently assessing whether we have a legal basis to propose a directive, we are not sure yet.” No firm date has been set by the Commission during the debate.

“It is now urgent to adopt a directive to protect whistleblowers who are an important source of information for journalists everywhere,” said Mogens Blicher Bjerregård, president of the EFJ. “We urge the European Commission to act and to propose without any delay a draft directive”.

Early June, the European Federation of Journalists joined a coalition calling on the European Commission to urgently take action on bringing forward proposals on EU-wide legislation on whistleblower protection with a broad scope of groups and areas of activities protected.

Better protection for #whistleblowers needed both for private and public affairs @EFJEUROPE https://t.co/joVBgrr4HZ