A photojournalist killed and media occupied in Turkey: press freedom was targeted 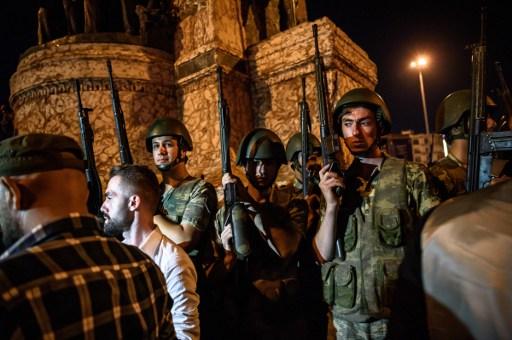 
Mustafa Cambaz, photojournalist for the Turkish daily Yeni Safak was killed by soldiers during the attempt coup in Turkey, last night, in the Cengelkoy neighborhood of Istanbul. Soldiers took control of the state broadcaster TRT, the private broadcasters CNN-Turk and Kanal D, and the daily newspaper Hurriyet.

In the Ankara studios of TRT, news anchor Tijen Karas was forced to read a statement at gunpoint. Several journalists were attacked during the clashes. In Istanbul, civilians protesting the coup beat Selçuk Şamiloğlu, a photojournalist for Hurriyet and the Associated Press.

Following the attempted coup, the Information Technologies and Communications Authority (BTK, the State regulator) has shutdown 20 independent online news portals, including Haberdar, Meydan, Medyascope, Gazeteport, Rotahaber, ABC, Karşı, etc. Users entering those online news sites are faced with the following warning: “After technical analysis and legal consideration based on the law Nr. 5651, administration measure has been taken for this website according to decision Nr. Xxxx dated 17/07/2016 of the Presidency of Telecommunication and Communication.” The shutdown has been strongly criticized by the Turkish Union of Journalists (TGS), an EFJ-IFJ affiliate in Turkey.

“Once again, press was targeted, while Turkish democracy was under assault,” said Philippe Leruth and Mogens Blicher Bjerregård, presidents of the International and of the European Federations of journalists.
“Mustafa Cambaz was killed while performing his duty to inform, they added. His name is added to the too-long lists of martyrs of press-freedom. Those who killed him were trying to kill democracy in Turkey. Journalists all-over the world demand justice for this crime, and reject any attempt to ensure impunity to his murderers”.

Erdoğan regime ruined many lives including mine, but under no condition a military coup is acceptable. This is further regression for Turkey