Abusive behaviors and threats against Turkish journalists in detention 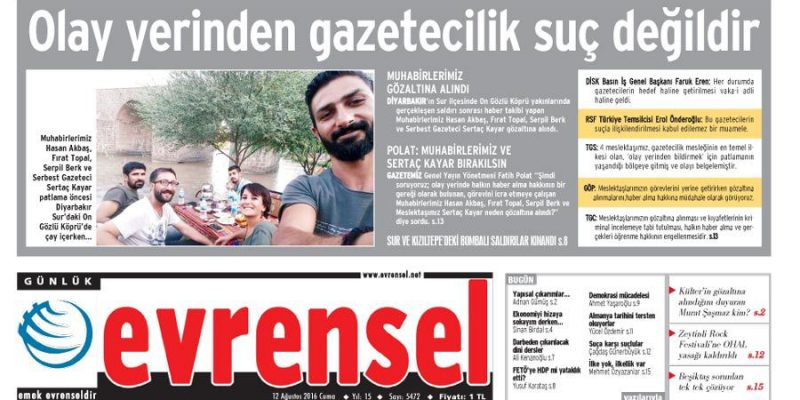 
Evrensel journalists Hasan Akbaş, Fırat Topal and Serpil Berk, as well as Reuters’ correspondent Sertaç Kayar have been recounting “the torture and threats” they faced after being arrested as the crackdown on media continues across Turkey. The European and International Federation of Journalists (FEJ/FIJ) has joined their affiliate DISK Basin-Is in demanding an end to the crackdown and respect for the rights of professional media workers.

The four journalists were among the first on the scene following a bomb attack on 10 August in the Southeast Anatolian province of Diyarbakir. Deemed suspicious by the police for being in the vicinity of the attack, they were subsequently detained and held in custody for three days. Now freed, they have spoken to their union DİSK Basın-İş about abusive behaviors they faced in detention.