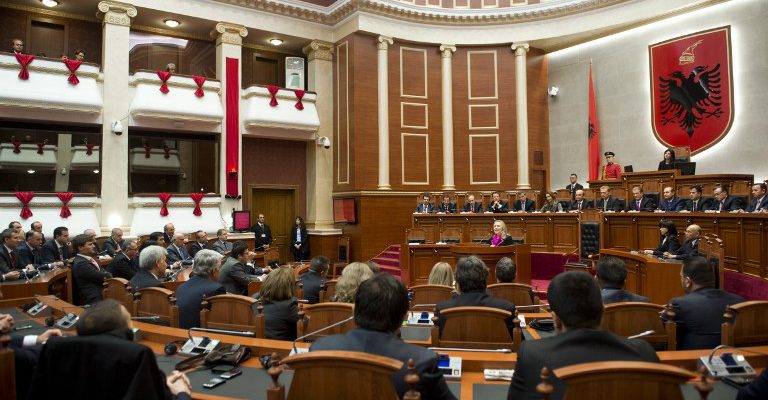 The Association of Professional Journalists (APJ) in Albania together with a coalition of journalists’ organisations called on the Albanian Parliament to withdraw a provision in an anti-corruption law that would threaten media freedom.

According to APJ, the controversial Article 13 in the law regulating “the organisation and functioning of institution to encounter corruption and organised crime” will impose censorship on journalists and media organisations. The provision says ”any inappropriate influence on the work of the special prosecutors or their actions on specific issues through the public authorities or the media, or any other form of pressure that impacts on the independence of prosecutors, is prohibited and punished by the law”

The APJ warned that the wording “influence of improper conduct” in Article 13 is ambiguous and will create rooms for misinterpretation and abuse. Under the provision, any journalist or media organisation reporting on the case pursued by the authorities could be accused of violating the law and be punished. For the fear of punishment, journalists and media organisations may impose self-censorship.

The European Federation of Journalists (EFJ) backed its affiliate, APJ, urging Albanian Parliament  to reject Article 13 from the law. The EFJ has also lodged a complaint to the Council of Europe Platform for the protection and safety of journalists. It is expected that the Parliament will vote on the law when it resumes duty from the summer break in September.