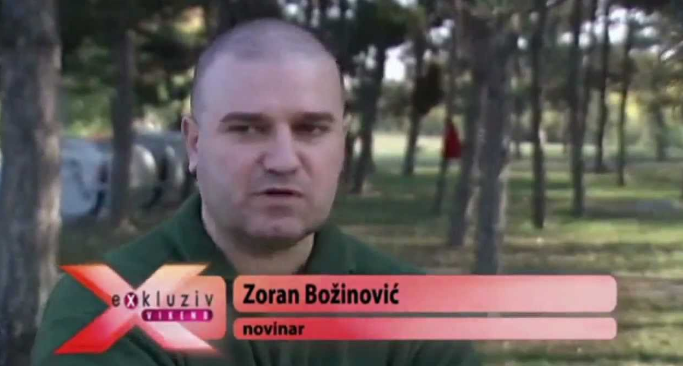 
The International Federation of Journalists (IFJ) has called for the “immediate and unconditional” release of detained Macedonian freelance journalist Zoran Bozinovski in a letter to the country’s President and public prosecutor.

Zoran Bozinovski – a freelance journalist and founder of the online media Burevensik.org is detained in Macedonia since 21 April, after his extradition from Serbia, where he had spent another 18 months detained.

The IFJ and the EFJ condemned the continued detention of the journalist who the Macedonian authorities accused of espionage, criminal association and blackmail.

In the letter, the IFJ states: “The arrest of a journalist for criminal activities without evidence is unacceptable in a free and democratic country and such accusations contribute to discrediting journalists as traitors and criminals and destroy the trust of the public in them.”

“Mr Bozinovski has published many factual stories about the involvement of government officials in criminal activities. We therefore believe that the only reason for arresting him is to prevent him from publishing new stories – a move which has a negative effect on media freedom in Macedonia and will restrain other journalists from carrying out investigations in to the wrongdoings of public institutions”.

The IFJ has reminded the Macedonain authorities that it is a fundamental right of a journalist to investigate and write their stories – a right enshrined in European law, in Article 16 of the Constitution of the Republic of Macedonia and a central tenet of journalistic freedom.

The EFJ and IFJ affiliates in the country, AJM and SSNM, consider that the case against Bozinovski is politically construed by the Government, with the intention to silence him before the parliamentary elections scheduled for December.

AJM and SSNM demand the court to abolish the detention and to drop charges against him.