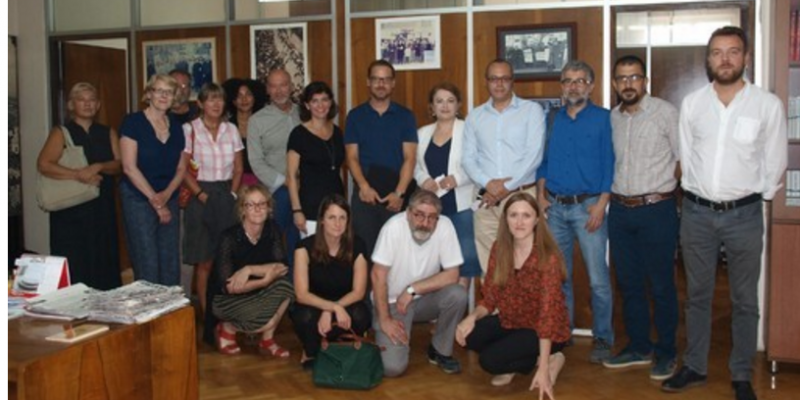 
From 31 August to 2 September, an international delegation of civil society organisations visited Istanbul to demonstrate solidarity with writers, journalists and media outlets in Turkey.

The failed coup of 15 July, in which at least 265 people were killed, has traumatised the Turkish population and the government must bring those responsible for the violence to account. However, this must be done on the basis of specific, individual evidence of involvement in a crime and with full respect for international standards on the right to freedom of expression, the right to liberty and security and the right to a fair trial, to which Turkey has committed as a member of the Council of Europe.

The delegation condemns the Turkish authorities’ abuse of the state of emergency to supress diversity and dissent, and calls upon the government to immediately and unconditionally release all journalists detained in Turkey without evidence and to cease its harassment of the few remaining independent and opposition media outlets.

Meetings with journalists, representatives of media outlets, lawyers and human rights advocates undertaken during the mission give cause for alarm.

Dissenting voices have long been stifled in Turkey; however, the state of emergency, introduced in response to the failed coup attempt of 15 July, is now being used to legitimise an unprecedented crackdown on independent and opposition media.

Under the state of emergency decrees, an individual may be detained for up to 30 days without charges. This provision is being abused to arbitrarily detain journalists of diverse backgrounds and affiliations. As the mission departed Turkey, local media rights advocate, Punto 24, estimated that 114 journalists were in detention. At least 15 journalists were detained during the three days the delegates spent in Turkey.
Detention purely on the grounds of affiliation with the Gülenist movement, accused of being behind the coup, is in itself problematic, occurring without any individualised evidence of involvement in a criminal act. Moreover, the decree is also being used to arbitrarily detain journalists with absolutely no link to the Gülenist movement, including many representatives from opposition and minority groups.
Those detained are held for several days without charge, often without access to a lawyer or their family. There are worrying reports of poor conditions in detention, including beatings, severe overcrowding and a lack of access to essential medicines.

While a few independent media outlets continue to publish, this has created an atmosphere of pervasive self-censorship, depriving the population of free and diverse debate at a time when this is critically needed.

The state of emergency must not be abused to supress freedom of expression. We call upon Turkey to demonstrate its commitment to democratic principles and to support full and broad public debate, by immediately and unconditionally releasing those held without evidence, and ceasing its harassment of independent media. 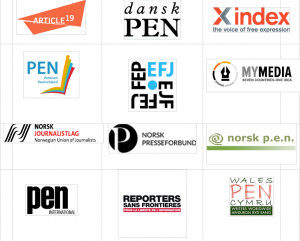