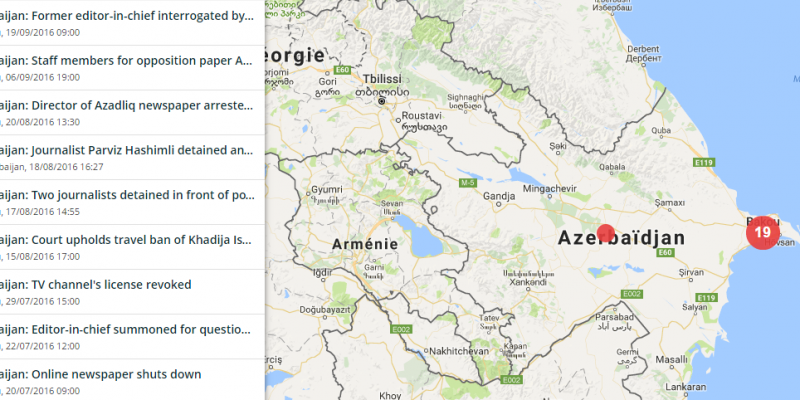 
The European and International Federations of Journalists (EFJ/IFJ) today condemned the “politically motivated” dismissal of an Azeri journalist working for APA Holding Media Organisation on 12 September.

Journalist Gasimov Farahim Ilqar posted a photo on Facebook showing the success of a rally organized recently by the National Council of Democratic Forces, an umbrella organisation uniting part of the country’s opposition forces, and which had been sanctioned by the government. The demonstrators were protesting in the frame of an upcoming referendum that would give Azerbaijani President Ilham Aliyev greater powers and a longer term in office, media reported.

The journalist told that the day after posting the picture he received a call from Vusala Mahirgizi, head of APA Holding, saying that the incident had been reported to the Presidential Administration, the executive branch of Aliyev. According to the journalist, Mahirgizi told him that she couldn’t protect him and that she had to fire him. He had worked for APA Holding since 2013.

“I believe that my dismissal is a flagrant violation of the requirements of the 10th article of European Human Rights Convention (concerning freedom of expression) that Azerbaijan has ratified and that it is politically motivated,” told the journalist.

Both Federations have submitted the case to the Council of Europe platform for the protection and safety of journalists.