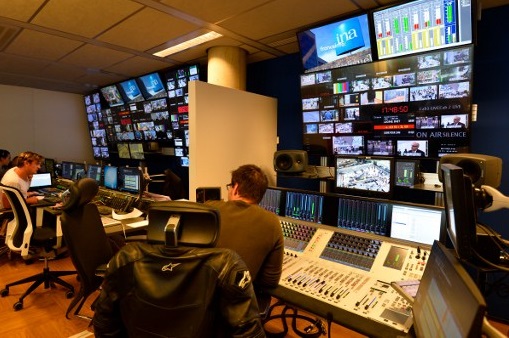 
The European Federation of Journalists (EFJ) has today expressed growing concerns over recent amendments to weaken the independence of national regulatory authorities in the review of the EU regulation on audio-visual media (AVMSD Directive 2010/13/EU). The EFJ has called on Members of the European Parliament (MEPs) to reject amendments that would weaken the independence of national regulatory authorities and the  European Regulators Group for Audiovisual Media Services (ERGA).

Ricardo Gutiérrez, EFJ General Secretary, said, ‘‘We are very surprised to see several amendments attempting to weaken the provision to guarantee the independence of national regulatory authorities. This is completely contradictory to the original aim to review the directive.’’

‘‘We have seen the deterioration of media independence and pluralism in Poland, Hungary and Croatia. It is hard to imagine why anyone would oppose a proposal that offers the enforcement of independent professional watch dogs in the audiovisual sector. ’’

The EFJ’s concerns were also echoed by some of the MEPs and representatives of the European Commission attending yesterday’s public hearing organised by MEP Silvia Costa at the Committee of Culture and Education. Several MEPs also refers to the situation of Poland, Croatia and Hungary where media are heavily influenced by the political agenda, and raised the necessity to have regulatory authorities that are can act truly independently.

However, recent amendments being discussed at the Parliament challenged the role of ERGA. The amendments tabled puts a superior body called ‘‘Contact Committee’’ above ERGA. The Contact Committee will consist of national government and four MEPs. They will have the final approval of the opinions of ERGA.

The two co-rapporteurs for the report on the Commission proposal, Petra Kammerevert (S&D, Germany) and  Sabine Verheyen (EPP, Germany) said that they appreciated the work of ERGA but there are concerns over some national regulatory bodies that have compromised their independence. They also said that they were afraid of potential influence of the European Commission over ERGA and stressed the importance of subsidiarity.

According to the original proposal introduced by the Commission, one of the priorities is to strengthen the role of audio-visual regulators by requiring Member States to set a number of requirements to support the independent functioning both structurally and financially of the regulatory authorities.  It also officially recognises the role of ERGA which consists of independent regulatory authorities from Member States. ERGA will be given the official role to advise and assist the Commission in its work to ensure a consistent implementation of the Directive.

The draft proposal is currently being discussed at the European Parliament and the Council. The deadline to table amendments has been extended until 19 October.