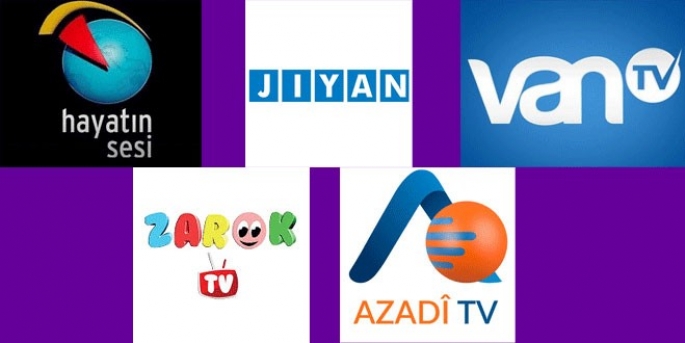 The European and International Federations of Journalists (EFJ-IFJ) have today (29/09/2016) backed its affiliates TGS and TGC in condemning the removal of at least 11 TV channels in Turkey including IMC TV, Hayatın Sesi, Azadi TV, Jiyan TV, Van TV, TV 10, Denge TV and Zarok TV from the national satellite platform TÜRKSAT. According to media reports, the administrative decision severely affecting public’s right to access information is based on an order coming directly from the Turkish Prime minister’s office. The move comes as the Turkish President, Recep Tayyip Erdogan, quoting France and its 12 months state of emergency as an example, officially announced the extension of the state of emergency in the country for another 3-month period.

“Taken to fight against terrorism, the state of emergency is today used to silence the opposition. The decision to remove those TV channels is completely illegal and is a clear violation of media freedom as well as an attack on public’s right to have information”, said TGS, Journalists Union of Turkey.

“Yesterday (28/09/2016) at 20:00, the signal of Hayatin Sesi television and other targetted stations has been shut down by the national satellite platform Türksat without any explanation. Since the declaration of the state of emergency, over 100 journalists have been jailed, around 2.500 lost their jobs and 660 official press cards have been cancelled by the authorities. Journalism is not a crime and journalists shouldn’t be considered as criminal suspects. Newspapers and tv channels cannot be suspended”, said TGC, Journalists Association of Turkey.

“The fact that the closed stations broadcast in Kurdish or provide an alternative to the dominant media speaks volumes about the reason for the censorship. The state, which is mobilizing every resource at its disposal thanks to the state of emergency to silence the media and the voices of every oppositional person and institution, must cease its present course of action. From now on, however, every step designed to choke and punish the opposition is destined to fail thanks to the networks of solidarity that have been formed, while any attempt to impose censorship in this era of communication will do nothing but showcase the impotence of the powers-that-be. We will stand shoulder to shoulder with all of the closed TV stations. As DİSK Basın-İş, we call on all our members, as well as our comrades, both unionized and non-unionized, to switch to and help grow the alternative media networks that have been closed, particularly Hayatın Sesi TV. As for the government, we recommend that it cease its policies of pressure and coercion and return from such a path that is devoid of logic”, said DISK Basin-IS (DISK Journalists Union of Turkey).