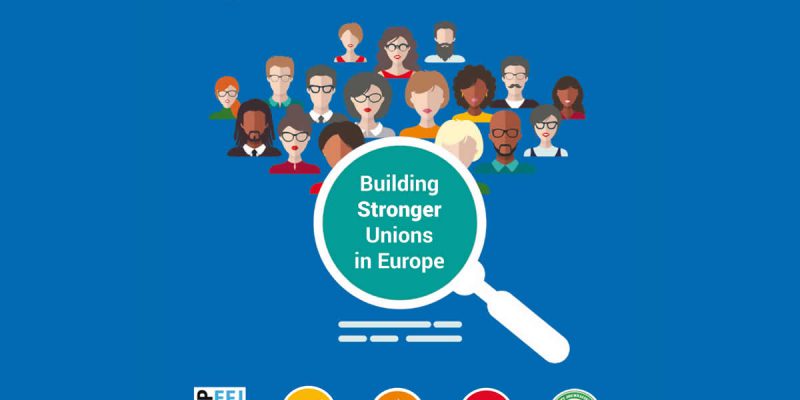 
In the past years, the media industry has undergone drastic changes due to the emergence of new technologies in the way news are produced and consumed as well as the structural changes driven by the economic crisis. Journalists’ organisations themselves also undergo changes to renew their commitment and strategies to counter new challenges.

The European Federation of Journalists (EFJ) launched a handbook within the framework of a project, ‘‘Rights and Jobs in Journalism: Building Strong Unions in Europe’’, showcasing best practices of journalists’ organisations undertaken to tackle new challenges.

The handbook was launched in a final conference held in Zagreb on 25 October, attended by around 60 participants from EFJ members in the EU as well as representatives from the European Commission, Council of Europe, UNESCO, Rory Peck Trust, Ethical Journalism Network and UNIGLOBAL.

Addressing the conference, Mogens Blicher Bjerregård, the EFJ President said, ‘‘Throughout the course of this two-year project, it has shown us that it is possible to build bridges and increase mutual understandings even though we are from different cultures.’’

‘‘It has been a fruitful journey enabling us to share best practice, develop tools to be better organised and to renew journalists’ organisations to meet the demands from our members and future members.’’

The handbook is the result of a two-year project launched by the EFJ and funded by the European Commission with the aim to improve the capacity of journalists’ organisations.

It contains inspiring examples from EFJ members, including

The handbook is available in English, Croatian and French.