Serbia: Chilling effect on media freedom by verdict against journalist and editor 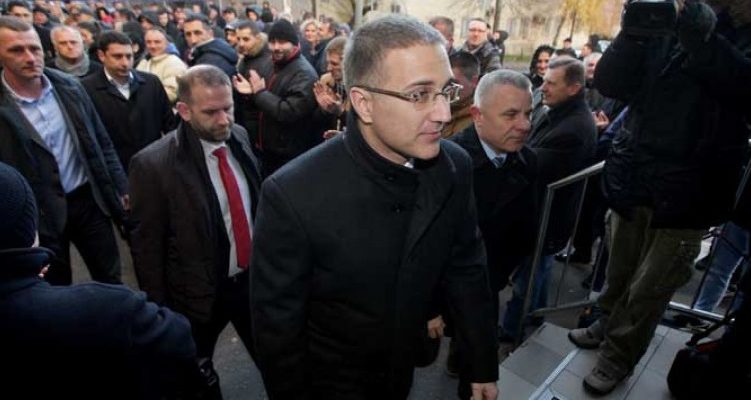 
The EFJ affiliates in Serbia, Journalist Association  of Serbia,(UNS)  Independent Asossociation of Serbia (NUNS) , Journalists Union of Serbia (SINOS), media society organisations and one foundation published a joined statement to support Belgrade’s leading political weekly NIN in challenging the decision of the High Court in Belgrade which determined that NIN had damaged the reputation of Serbia’s Minister of Interior Nebojsa Stefanovic by publishing a June article which portrayed Stefanovic as “The Phantom of Savamala”, the Court ordered the magazine to pay the equivalent of 2500 euros for harming the Minister’s reputation.

Serbia’s journalistic community is shocked that Judge Slobodan Keranovic determined a journalistic inquiry into the political responsibility of a member of Serbia’s Government to be  “disallowed”, “forbidden” and “untruthful”. NIN reporter Sandra Petrusic was careful to distinguish between assumption, fact and opinion in her story, yet the Judge chose to rule that her expose was “disallowed information”.

On what grounds can a court tell a reporter that it is not legal for her to do what her job as a journalist requires her to do: to collect information and opinion, to analyze and report it, and also suggest possible/plausible scenarios? Worse still, in his judgment Judge Keranovic explicitly absolved the Minister of the Interior of any culpability in a criminal case that is still being investigated by the Prosecutor’ Office. How can a judge not adjudicating a criminal case possibly know in advance that a high ranking Government official is innocent of criminal conduct in that case? In this confusing and contradictory legal judgment, Government officials are presumed innocent while journalists are declared guilty for simply doing their jobs, and with record, breakneck speed at that.

According to the joined media statement, the distinction between fact and opinion is the key issue in this case. The journalistic community hopes that the Appeal court will take a hard look at Judge Keranovic’s specious legal reasoning, which has not sufficiently taken into account that the public has a right to hold public officials accountable and that journalists have the right to criticize their work.

Culibrk said that NIN will appeal the verdict, “and if necessary go to the Constitutional Court or the European Court of Human Rights in Strasbourg.”

“Penalising editors and journalists with a large fine when reporting about persons working in official positions is extremely damaging for journalism and its watchdog role. It invites to self-censorship and violates media freedom”, said EFJ President Mogens Blicher Bjerregard.

New: Nils Muiznieks, Council of Europe  Human Rights ‏Commissioner Concerned about impact of Belgrade’s ruling to fine in defamation proceedings, the political weekly NIN for damaging the reputation of the Minister of Interior of Serbia, following the publication in June 2016 of an article on the demolitions of Belgrade’s Savamala district.see more:  https://www.facebook.com/CommissionerHR/posts/720068561502390