Azerbaijan: Survey about the social conditions of journalists 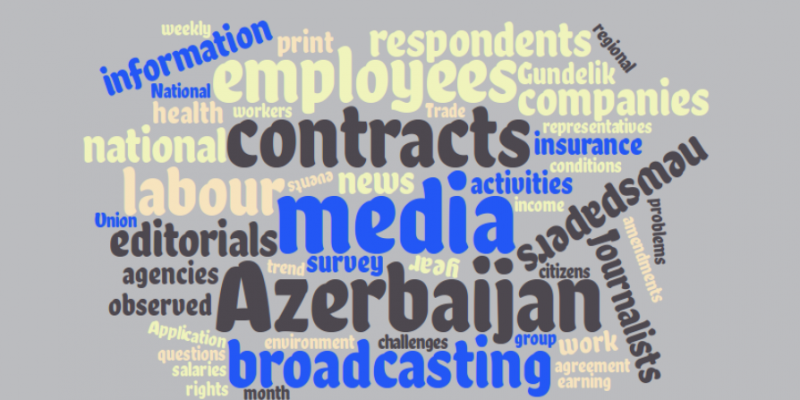 
The Journalists’ Trade Union of Azerbaijan published a report on social conditions of journalists in the country in 2016. Overall 51 media outlets took part in the survey, among them national newspapers, information agencies, news portals and TV channels.

One of the big issues stated in the report was the lack of individual labour contracts in Azerbaijan.  The media companies prefer to sign short-period contracts, in the best cases 60% of employees had labour contracts, whereas 40-45% had no legally binding documents and relied on verbal agreements. The application of health insurance is extremely low (less than 5% ).

In 2016 value-added tax (VAT) started to apply to print materials, which increased the production costs of the print media by 18%. Further, the devaluation of the national currency drastically affected journalists’ conditions. The popular news site Gun.az’, ANS TV Broadcasting Company, ‘Zaman Azerbaijan’ newspaper ceased their activities, while Gundelik Telegraf” newspaper is currently functioning only as a news site. In other media companies employees were fired either individually or in groups. Due to the growing popularity of online news platforms, they were able to find jobs.

Several journalists were harmed during the military actions between the Armenian and Azerbaijani Armed Force. It was also recorded that in 2016 several journalists faced physical violence, or their equipment were damaged. In addition, the need for protection of journalists increased.