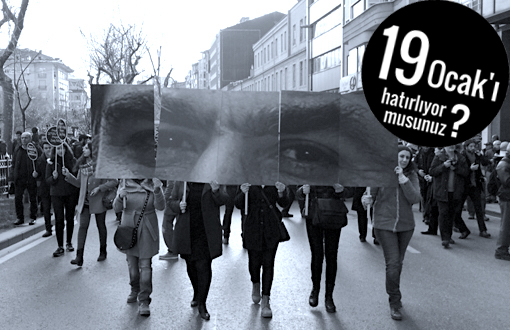 On the tenth anniversary of the assassination of Mr Hrant Dink, EFJ-IFJ and partner organisations of the Council of Europe Platform decided to jointly submit a new case under the ‘impunity’ category in relation to the murder of the Turkish-Armenian journalist. The organisations call on the Turkish authorities to ensure that those who failed to protect the journalist and prepared false reports are brought to justice through an open and transparent judicial process.

On 19 January 2007, Hrant Dink, the Turkish-Armenian journalist and founder of Agos newspaper, was shot dead at 15:05 on the street in front of his office in Istanbul. The murderer, a 17-year-old Turkish nationalist, and some of his accomplices were apprehended and imprisoned but not all parties involved in the crime have been investigated. In 2010, the European Court of Human Rights ruled that Turkish authorities have failed to protect Hrant Dink’s rights to life and freedom of expression. Turkey’s Constitutional Court ruled that that civil servants and institutions must be investigated for their alleged roles in the journalist’s murder. Public servants who allegedly failed to protect the journalist and prepared false reports are currently being prosecuted at Istanbul 14th penal court.