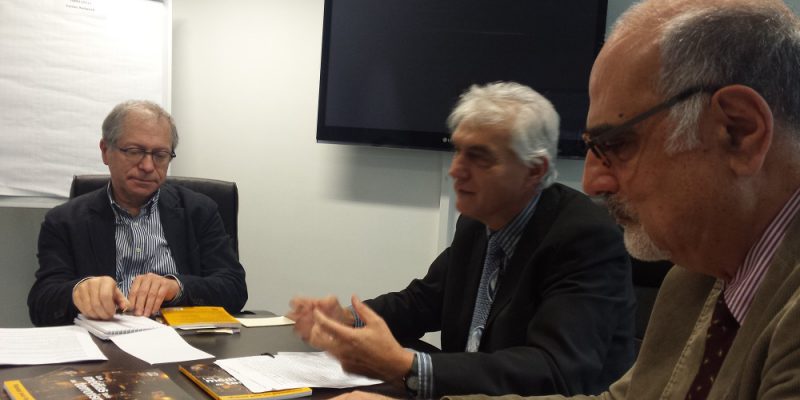 
The UNESCO launched on Thursday (02.02.2017) at the Press Club Brussels Europe its new publication “Terrorism in the Media: A Handbook for Journalists” written by Jean-Paul Marthoz, Belgian journalist and longtime press freedom and human rights activist. Guy Berger, Director for Freedom of Expression and Media Development at UNESCO, presented the handbook together with the author.

What to do in a hostage situation? Should journalists help the victims first? Should they refrain from disseminating some information at authorities’ request? The handbook provides key advices and reflection to media and journalists in the situation of covering a terrorist attack. It also explores professional challenges, ethical dilemmas and raises fundamental questions about the impact of the treatment on the society.

“We welcome the publication of this handbook, which is a really fantastic tool to improve journalists’ skills in the context of this very sensitive issue,” said Ricardo Gutiérrez, General Secretary of the EFJ. “In such a situation, the risk of being instrumentalised and the risk to fuel hatred is very high. The handbook, written by a journalist for the best interest of journalists, will foster the ethical reflection in the newsrooms regarding the coverage of terrorism issues. That reflection is more needed than ever before.”

The online version of the handbook is now available in English and in French.