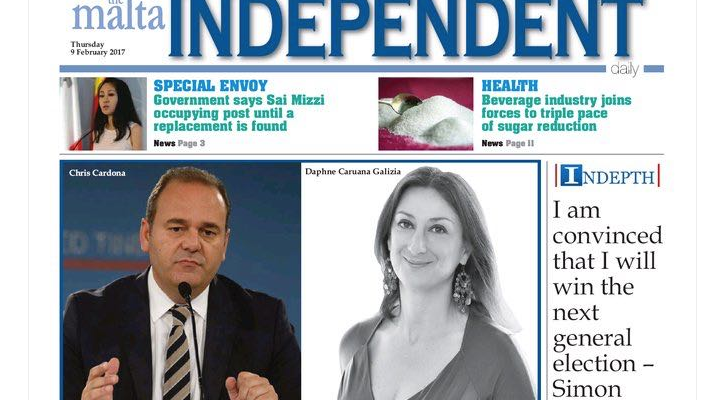 
Malta Independent columnist and blogger Daphne Caruana Galizia is having her bank accounts frozen with a precautionary warrant for 47,460€ after a court upheld yesterday (08.02.2017) a request by Maltese Economy Minister Chris Cardona and his consultant Joe Gerada to issue garnishee orders alongside four libel suits they have filed against her.

The journalist is sued for publishing on her blog an article reporting that both men visited a brothel in Velbert, in Germany, while on government business. Cardona has denied the allegation.

According to media reports, the effect of the precautionary warrants on her assets means her bank accounts will remain frozen until the case is concluded, and that could take many years.

In a statement published on her blog, Daphne Caruana Galizia denounces an attempt to gag the press: “The implications of this for my fellow journalists and colleagues in the press are tremendously bad. What the deputy leader of the Labour Party/Economy Minister and his policy officer have done in these cases can be done to any other journalist or editor who is currently facing or will face a libel suit. The negative effect it will have on the freedom of the press is immense, because now it is not only libel suits which journalists have got to be wary of, but also precautionary warrants which freeze their bank accounts until the case is concluded. We should not be surprised that journalism is in severe decline in Malta, that fewer people wish to be journalists, that journalists are afraid of doing their job properly, and that corrupt and abusive politicians are winning the game.”

The Institute of Maltese Journalists is calling on the minister to reconsider his action in order to give journalists a message that they are really free in their work: “Freezing a journalist’s assets is exaggerated and goes against freedom of expression and press freedom”, the press release says.

“Daphne Caruana Galizia is facing blatant harassment and intimidation. The financial consequence of  the legal action against her is totally disproportionate”, said the EFJ General Secretary Ricardo Gutiérrez.

The EFJ submitted the case to the Council of Europe Platform for the Protection of Journalism. Caruana’s case is the first violation of media freedom reported on the Platform regarding Malta.