Europe needs to talk about #OurPayRise 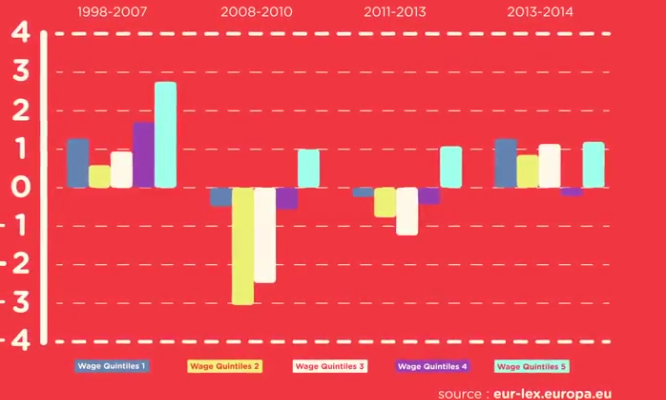 
The European Federation of Journalists (EFJ) joined the campaign launched by the European Trade Union Confederation (ETUC) advocating for a pay rise for workers throughout Europe.

On 14th and 15th February, European trade unionists have been discussing the need for pay rises with employers and government at a conference in Brussels.

Today, wealth and wage inequality is on the rise and workers’ rights such as collective bargaining should be encouraged and promoted by all. That is why the European trade union movement has banded together in this campaign to make sure workers get their pay rise.

“Europe needs to talk about pay rises” said ETUC General Secretary Luca Visentini. “Pay rises, by boosting purchasing power, are an engine for economic demand, growth and jobs. Pay rises are essential to get Europe out of near low or no growth.”

Collective bargaining is one of the best way to achieve sensible pay rises: “Employers and trade unions need to start a new wave of wage negotiations, and the EU and national economic policy needs to start encouraging pay rises and collective bargaining,” added ETUC Confederal Secretary Esther Lynch. “European trade unions are determined to get pay rises back on the agenda, for the first time since the financial crisis.”

For more information check out: