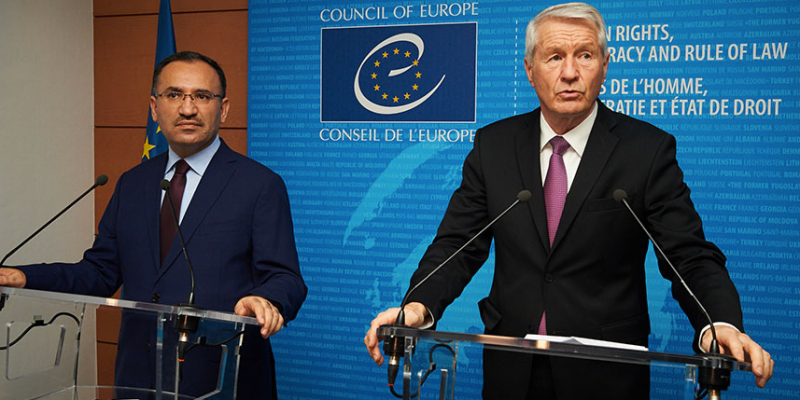 “It is imperative for Turkey and Europe that the judicial safeguards for all those who have been dismissed or are in prison are based on the European Convention on Human Rights (ECHR) and on the case law of the European Court of Human Rights”, said the Secretary General.

Making specifically reference to “the cases of journalists and parliamentarians that are in pre-trial detention” Jagland notes that their cases “will be dealt with in ordinary Turkish courts. But also these people have the right to complain to the European Court. It will look into whether the Turkish courts have ruled on the basis of the ECHR” and he adds that “the situation for these people is crucial because many have been in pre-trial detention for several months”.

The Council of Europe’s Secretary General ends by warning the Turkish authorities that “if their cases are not being dealt with soon by the Turkish Constitutional Court, the European Court will probably consider whether this is an effective domestic remedy, and just start dealing with their complaints.”