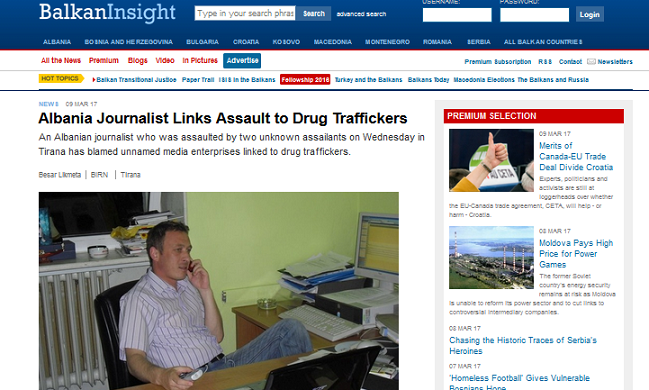 According to media reports, Elvi Fundo was beaten up by unidentified assailants near the train station. He was later sent to the hospital. He declared to Balkan Insight, the news portal of Balkan Investigative Reporting Network: “Two individuals attacked me near my office at 10.30 am, causing injuries (…) I don’t believe it’s a political attack but the work of criminals financed by corrupt media clans tied to drug-trafficking.”

Albanian politicians, including the prime minister Edi Rama, as well as the Audiovisual Media Authority (AMA) and OSCE representative on Freedom of the Media, Dunja Mijatović, condemned the attack.

The EFJ affiliate in Albania, the Association of Professional Journalists of Albania (APJA), expressed on Facebook its solidarity with the journalist and called on the police to carry out a swift and thorough investigation.