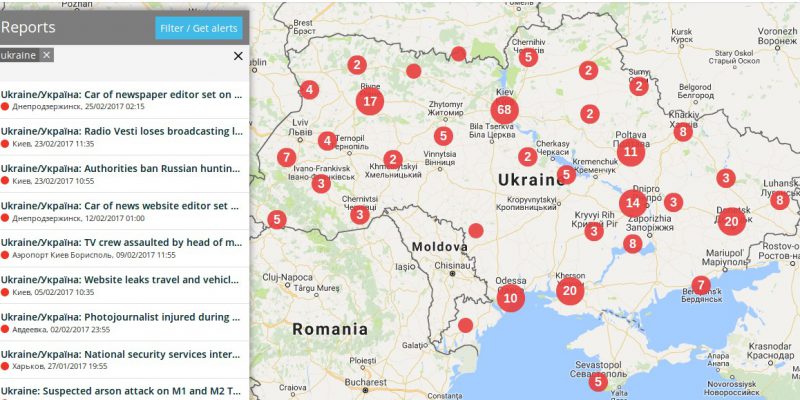 
Following two cases of impunity and careless investigation in Ukraine, the European Federation of Journalists (EFJ) renews its calls for an end to impunity for crimes against journalists and action to protect the safety of media professionals in the country.

The first case involves a TV crew of local TV station attacked in front of police officers – who didn’t intervene – on 10 June 2016 in Berdyansk Zaporizhia region. Journalists went to cover the illegal seizure of a hotel building, when the unidentified men in a military uniform beaten up reporter Volodymyr Holovatiy, took away the camera and seized the memory card from his cameraman. Only four months later the police announced the search of the suspects and published their photos. Up to date, nobody was arrested in relation to this case.

The second case is related to Igor Efimov, photojournalist for the regional newspaper “Evening Cherkasy”. He was severely beaten up in Cherkasy by several police officers despite his yellow “press” vest on 20 January 2014, during protests against President Viktor Yanukovych. The prosecutor brought charges to only one suspect – the commander of the local police unit who denied being involved in the case– but the court decided to drop the charges on 12 December 2016. Igor Efimov appealed and the next court hearing will take place in late March 2017. The National Union of Journalists of Ukraine, the EFJ affiliate, accuses prosecution authorities in the careless investigation of beating and conscious collapse of the case. In February 2017, the union organised a protest of local journalists and produced a poster with the names of dozens of police officers, who allegedly have been involved in the attack.

The two incidents were mentioned during the International Conference on Safety of Journalists, organised by the Council of Europe in Kyiv in early February 2017.