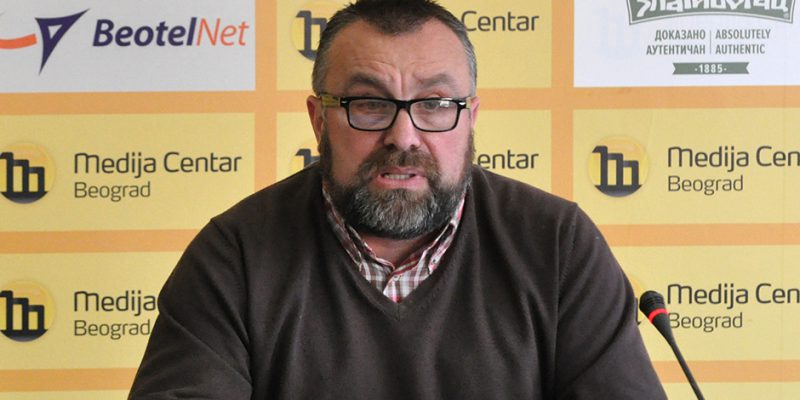 
Freelance journalist Stefan Cvetkovic was found guilty by the court in in the city of Vrsac for unauthorised publication and presentation of another’s texts, portraits and recordings on March 14. He received two years and three months in jail and must pay €17,000 fine for insult. According to the legal advisor of Independent Journalists’ Association of Serbia (NUNS), Cvetkovic had filed complaints against the judgment and is waiting for the second instance court ruling. He has not been detained till the appeal.

Cvetkovic was prosecuted after the complain by three officials from the ruling party. The well-known journalist was investigating the role of the said officials in criminal matters, previously he filed a complaint against local authorities on the grounds of misuse of public funds in 2014.

It is not the first attempt to intimidate the independent journalist, in the past he received a number of death threats: on December 15, 2016 when Cvetkovic left the house in the morning, he found the message on his car, which said: “dead”.

The European Federation of Journalists strongly condemns the Serbian Court’s decision to jail Stefan Cvetkovic for two years on the grounds of unauthorised publication, such actions may cause a serious damage to the media freedom in the country. The EFJ will submit the case to the Council of Europe Platform to promote the protection of journalism and safety of journalists and report the case to the Mapping Media Freedom platform.