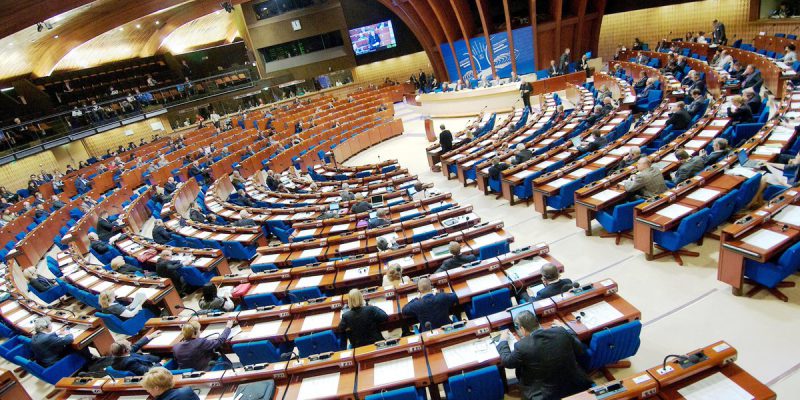 
The Parliamentary Assembly of the Council of Europe (PACE) has today (25/04/2017) voted to re-open the monitoring procedure on the functioning of democratic institutions in Turkey. The re-opened exceptional procedure was closed in 2004. The adopted resolution notes that “with respect to freedom of the media and of expression, the Assembly is alarmed by the repeated violations of freedom of the media, the large number of journalists currently detained and the pressure exerted on critical journalists, which is unacceptable in a democratic society. Council of Europe member States have a positive obligation to ensure freedom of expression, protection of journalists and access to information and to create the conditions to enable the media to act as public or social watchdogs and inform the public on matters of general and public interest”.

“The Assembly recalls in particular its Resolution 2121 (2016) on the functioning of democratic institutions in Turkey, and Resolution 2141 (2017) on attacks against journalists and media freedom in Europe. It remains concerned about the situation of the media in Turkey, the extensive interpretation of the Anti-Terror Law, which contradicts Council of Europe standards, seriously undermines the democratic foundations of the country and leads to the criminalisation and prosecution of human rights defenders and lawyers.”

The Assembly thus calls on the Turkish authorities “to release the detained journalists (more than 150) and human rights defenders, unless they have been indicted for actively participating in terrorist acts”, “release all the imprisoned journalists pending trial” and “take urgent measures to restore freedom of expression and of the media, in line with Assembly Resolution 2121 (2016) and Resolution 2141 (2017), and with the recommendations of the Commissioner for Human Rights and the Venice Commission”.