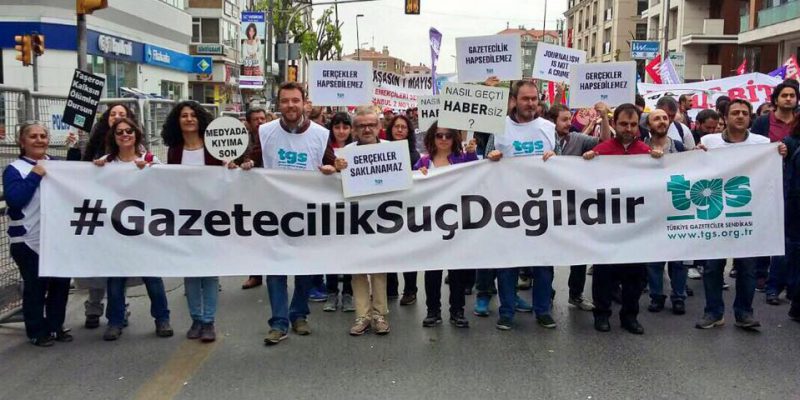 The study “Journalists under pressure” published on 20th April by the Council of Europe, based on a sample of 940 journalists reporting from 48 countries, shows that journalists in Europe are often exposed to serious pressure in their work, including intimidation and violence. As a consequence, many suffer from fear, which frequently leads to self-censorship.

Almost 70% of the journalists who participated in the survey, carried out between April and July 2016, had experienced psychological violence (including intimidation, threats, slandering and humiliation) over a period of three years.

The study shows that threats take a number of forms: “They may be physical but can also be generated by legal, political, cultural and economic pressures. (…) Market politics and oligarch ownership of media outlets also play a role. The press may be reluctant to offend advertisers or other influential parties. Self-censorship is often the result.”

A few years ago, a Swiss study proved that the deteriorating working conditions of journalists have a negative impact on press freedom and quality of journalism. The results suggest that economic pressure from advertisers and the media owners are jeopardising the editorial freedom of media.

A free and independent press is a vital component of any democratic society. The European Federation of Journalists (EFJ) calls on the Council of Europe member states to implement without any delay the guidelines of the CoE Recommendation on the Protection of Journalism: “Member States should put in place a comprehensive legislative framework that enables journalists and other media actors to contribute to public debate effectively and without fear. (…) Due attention should be paid to the importance of adequate labour and employment laws to protect journalists and other media actors from arbitrary dismissal or reprisals, and from precarious working conditions that may expose them to undue pressures to depart from accepted journalistic ethics and standards.”