Finding the answer to fake news in ‘post-truth’ climate 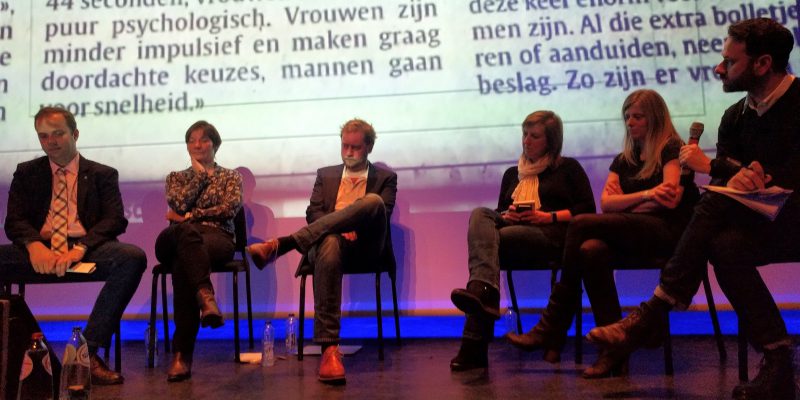 
“A lie can travel halfway around the world while the truth is putting on its shoes,” says the quote by Mark Twain which speakers used as a starting point at the debate on journalism in ‘post-truth’ climate at Difference Day. The event was hosted by the Centre for Fine Art (BOZAR) in Brussels on the occasion of World Press Freedom Day (WPFD), which is celebrated May 3rd every year. One of the five panels on journalism and press freedom talked about the spread of misinformation, which is widely scattered through different platforms and an alarming phenomenon.

Experts on the panel emphasized the new challenges traditional journalism is facing; in the light of new technological and business shift, mainstream media and journalists are forced to re-think their societal role. They stressed that quality media and journalism still have an important role in the democratic debate and are the answer to fake news.

"Journalists need to listen to their audience when trying to build and increase trust." @FrederikFischer @piqd_com #WPFD2017 #DifferenceDay

Edwy Plenel from Mediapart advised journalists to be as informed as possible about the topic they are researching: “You must know more than what you publish at the end.” His point of view was also shared by Melissa Bell, correspondent from CNN, who outlined that credibility takes a lifetime to build and seconds to lose. “On that note, it is better to be sure and slow – to take more time to check the facts,” she added. Journalists should also put aside what they think and concentrate on what the facts are.

One of the strategies for fighting fake news is also involving the audience in the journalistic work, thinks Peter Cunliffe-Jones from the International Fact-Checking Network (IFCN). “Media and fact checking organizations should try to include the readers in the process, in the methodology they are applying. They should explain them how they get to the conclusions,” he said and concluded that trust should be seeked through openness.

The debate was live streamed and is now available to watch.

The EFJ affiliate, the Association of journalists in Macedonia, also participated at Difference Day in the debate “Les Van de Eeuw”. Dragan Sekulovski, director of the Association of Journalists of Macedonia (AJM) talked with other panelists about various current themes such as democracy, education, smart cities, World War II and Europe.