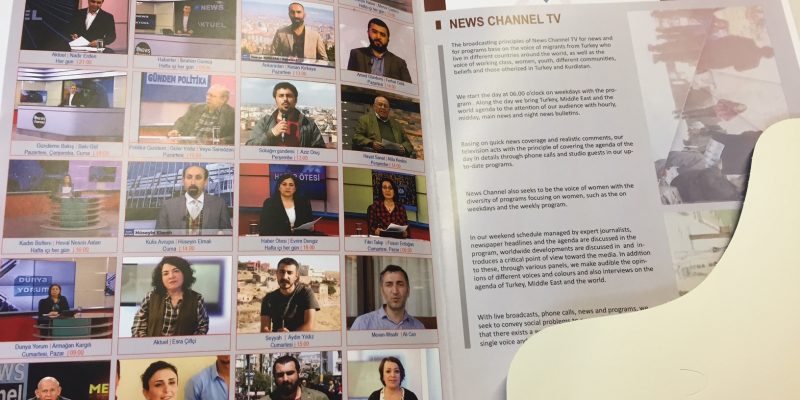 
Eutelsat SA, the French satellite provider hosting over 6000 televisions channels, has notified on 14 April 2017 its intention “to remove” the signals of Channel News, Ronahi TV and Sterk TV, three Kurdish language television channel broadcasting from EU countries to Kurdish speaking audience in Turkey and Syria, from its transponder because “the content in which statements are made by the leaders of the terrorist organisation called as PKK/KCK”. According to EFJ sources, Eutelsat SA is acting under the pressure of RTÜK (Turkish Radio Television Supreme Council) to remove the EU-based Kurdish channels. In an urgent notice sent to the Slovenian service provider STN, Eutelsat writes “you shall stop any transmission within one (1) hour of request of Eutelsat (…) we hereby officially request that you remove the television channels ‘Sterk TV and Ronahi TV’ from the multiplex you operate in accordance with our agreement”.

It is not the first time Eutelsat SA is requesting to drop Kurdish channels. In October 2016, the French satellite provider has requested to remove “to remove immediately”  Med Nuçe TV and Newroz TV  Kurdish language televisions broadcasting from Belgium, from its transponder because “the content is not in line with public order directives of the term’s between us as well as with the laws which regulate TV distribution in Europe and surrounding countries”. The decision has been challenged and successfully reversed by Paris commercial court who ordered the satellite operator to bring back the channels on the Eutelsat Hotbird.