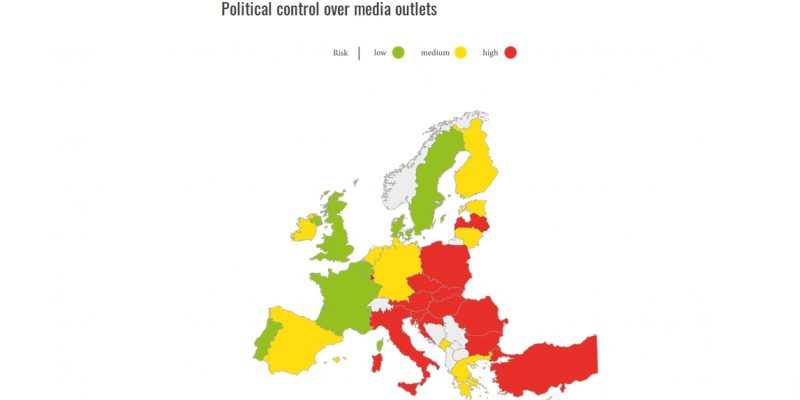 
In 2016, the Media Pluralism Monitor (MPM) examined media freedom and pluralism indicators in 28 European countries as well as in Montenegro and Turkey, two applicant countries. The Centre for Media Pluralism and Media Freedom (CMPF) released on Friday (19/05/2017) the report which shows alarming trends, in particular when it comes to journalistic profession including working conditions, safety, protection of sources, access and the role of unions and associations in protecting journalists. The report especially emphasized that no country is free from risks when it comes to media pluralism.

The EU #media freedom is at risk. Inform yourself and take action now. Read the #MPM2016 by #CMPF. Share knowledge! https://t.co/F1S86SqK1x pic.twitter.com/T79IOcYgSi

While most of the countries in general enjoy basic regulatory safeguards for the media, some deterioration to freedom of expression and protection to journalists can be analyzed in one third of the countries. The worst scenario for basic protections is examined in Turkey, where those risks are particularly high. Only a few countries score low risk in the areas of political independence, market plurality and social inclusiveness.

We encourage our affiliates to use the national reports for their advocacy work, in particular when it comes to improving regulation on media concentration, said EFJ President Mogens Blicher Bjerregard. Media concentration was a top point in our discussions at the EFJ Annual meeting entitled ‘Journalist under pressure’ last week in Bucharest.

The key risks for media pluralism, according to the report, include:

The full report in English is available here.

The MPM is based on a European Commission funded study published in 2009. The European Union is now funding projects to simplify and test the tool so that it can be realistically applied by Member States. For more background about funding, methodology and objectives, see here.