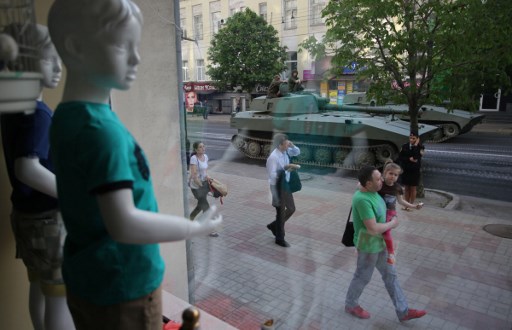 
Update (20/06/2017): Representatives from the National Union of Journalists of Ukraine (NUJU) and the Russian Union of Journalists (RUJ) expressed today their deep concern for the safety and fate of Donetsk journalist Stanyslav Aseev. They call for Aseev’s immediate release.

The International and European Federations of Journalists (IFJ and EFJ) joined their affiliates, the National Union of Journalists in Ukraine (NUJU) and the Independent Media Trade Union of Ukraine (IMTUU), in demanding the Ukrainian authorities do all they can to find the journalist Stanyslav Aseev, known as Stanyslav Vasin, who went missing in the occupied part of the Donbass region on 3 June.

The Ukrainian correspondent, who has been reporting from Donetsk for “Radio Svoboda”, “Dzerkalo Tyzhnya”, “Ukrayinska Pravda” and “Ukrainian Week” under the pen name of Stanyslav Vasin since 2014, went missing on the day he was supposed to send material to Radio Free Europe/Radio Liberty, reports said. The reports, which allegedly showed life in the self-proclaimed “Donetsk People´s Republic”, never arrived.

Family and friends of the journalist told media that since 3 June Asyeev has no longer answered phone calls and that his apartment had been stormed and his working laptop went missing. They also said that they feared the journalist had been detained by representatives of the so called “Ministry of State Security” of the self-proclaimed “Donetsk People´s Republic”, which has not been confirmed, and subjected to torture and violence. They fear for his life.

IMTUU´s President Ihor Chayka sent a letter to the Chairman of the Security Service of Ukraine (SBU) asking for help in finding the journalist while NUJU turned to the Bureau of the OSCE Representative on Freedom of the Media in Vienna with a request for a special OSCE monitoring mission which could investigate the situation in Donetsk. NUJU also sent a letter to the International Committee of the Red Cross with a request to meet with Asyeev´mother and find out what help she needed.

IFJ President Philippe Leruth said: “We welcome the actions taken by our Ukrainian affiliates to help the search for the truth about the disappearance of Stanyslav Aseev. We join their efforts and urge the authorities to take this case very seriously and to do their utmost to find him and guarantee his safety and his release.”

The EFJ/IFJ submitted the case to the Council of Europe platform for the safety of journalists.