Which are the challenges and solutions for public service media? 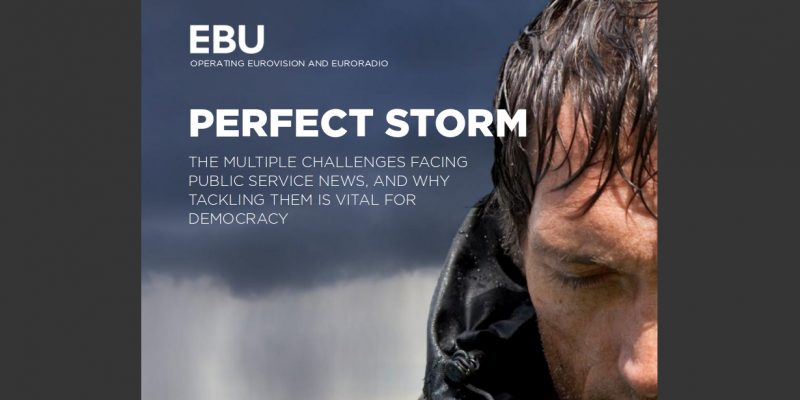 
Politicians with an agenda, managements on tight budgets and industry competitors under existential threats to malicious disseminators of falsehoods – it is a “perfect storm” of challenges for today’s public service news providers. The European Broadcasting Union (EBU)’s new study addresses those changing demands, much of which were researched during a rapid tour of small group of European broadcasters in the spring 2017.

The report highlighted some key trends.

Broadcasters have to reallocate resources for new platforms in order to stay relevant, but at the same time their public funding is being squeezed. Pressure can be also put on one public service news provider by another. This happens in countries where there are commercially-funded channels with public service obligations to broadcast news in peak time.

But not only the broadcasters are facing pressure. The report noted that journalists in for example Hungary, Poland and Turkey are facing pressure from governments, which have little respect for plurality of views and freedom of expression. In Germany, they are feeling the heat on the streets – the derogatory term “lying press” has emerged. In Finland, they are being intimidated through cyberspace, where people are accusing them of being corrupt and agents with hidden agendas.

The local press tends to cite the availability of free regional news produced by public service broadcasters as one of the greatest dangers of their extinction. The TV’s role and newspaper’s role is merging; most broadcasters produce text and video-based regional news on websites and apps, counteracting the need for consumers to buy a local newspaper. Even if the local publisher goes online, they face huge competition in advertising to survive, one not faced by the public broadcaster.

Websites remain extremely important for public service broadcasters, as their limitless capacity and flexibility give them more depth. Having a well-developed website is considered a “go-to” destination for authoritative, unbiased news coverage and a major factor in maintaining their profile and relevance.

Facebook is by far the most important platform in social media, study shows. The best strategy for a public broadcaster is to engage with Facebook in a revenue sharing agreement based on the placing of advertisement – a video ad is inserted after every two views of a piece material. Facebook may also assist by inserting the provider’s material into the feeds of people, thus expanding its audience.

The ways of dealing with the challenges varied between the analysed countries. The study goes on outlining some of the good practices, points of views and fresh points.

For example, in the past, the audience would sit in front of the TV and absorb broadcaster’s news output. However, nowadays nobody will stay a second longer on an item if it loses their interest, so new editorial approaches have to be made:

With serving new platforms, broadcasters should take step by step and make sure there is willingness of both management and workforce to compromise and change. Regrouping the newsroom to serve multiple outlets is also necessary, meaning creating units such as legal affairs, the arts, business, science, the environment etc., as well as building a newsroom for the multi-platform work space.

The changes in the newsroom are not always easy for journalists; for many committed journalists who have been in TV all their lives, the wariness about the new era is a worrying time. Experienced journalists still need to be reassured that they remain a valuable resource even with all the new digital forms coming in the newsroom and need time to get used to the reality of working for multiple outlets.

Read the study in English here.