#ECPMF conference e-book: how to improve freedom of expression 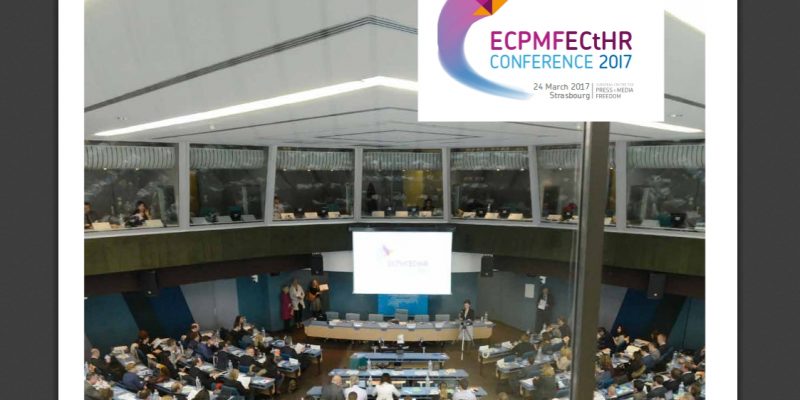 
The European Centre for Press and Media Freedom (ECPMF) issued an e-book with proceedings and conclusions of their recent conference, organised on 24 March in Strasbourg. Carried out with the support of the Council of the Europe (CoE), the event promoted the dialogue between the European Court of Human Rights (ECtHR) and media freedom groups, especially on the ECtHR’s recent case law relating to freedom of expression, media and journalism. The speakers at the conference presented their views on three main themes, now summed up in the e-book:

Besides reflecting those themes, the conclusions include discussions on how the law and society is responding – or should be responding – to the technological changes in the media. The e-book also contains unedited speeches and presentations of the speakers, along with the video links to them, and the summary of social media coverage.

Read the e-book in English here.