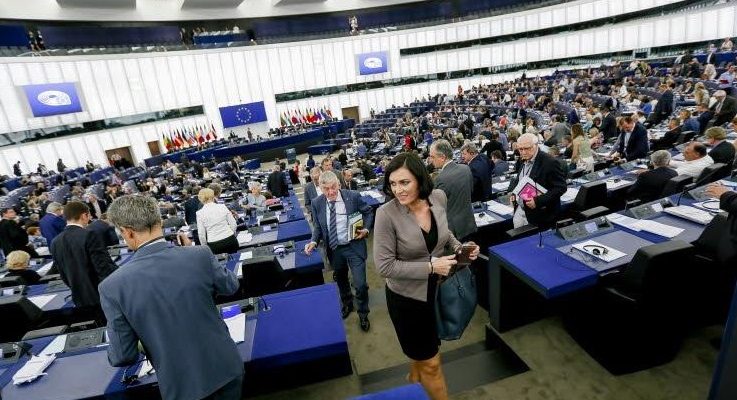 
The European Federation of Journalists (EFJ) welcomes the resolution of the European Parliament calling for the immediate release of arrested journalists in Turkey.

The resolution passed by parliament in Strasbourg (477 in favour, 64 against and 97 abstentions) “calls on the Commission and the member states… to formally suspend the accession negotiations with Turkey without delay if the constitutional reform package is implemented unchanged.”

The European Parliament reminds its previous resolution on the situation of journalists in Turkey (adopted on 27 October 2016) and states that Turkey is “one of the countries where journalists suffered the most threats, physical attacks, and judicial harassment, including detention and prison sentences.”

The resolution underlines “the mass liquidation of media outlets” and “the arrests of journalists”. It condemns strongly “the serious backsliding and violations of freedom of expression and the serious infringements of media freedom, including the disproportionate bannings of media sites and social media”, noting with concern the closure of around 170 media outlets – including almost all Kurdish-language outlets – and the jailing of more than 150 journalists.

The resolution calls on the European Commission to suspend the pre-accession funds if accession negotiations are suspended and to use those funds to
support Turkish civil society and refugees in Turkey directly, and to invest more in people-to-people exchange programmes, such as Erasmus+ for students, academics and journalists.

“It is important to maintain support programs for journalists’ organizations in Turkey,” said EFJ General Secretary Ricardo Gutiérrez. “Europe can not abandon journalists working in Turkey in such a context of repression.”