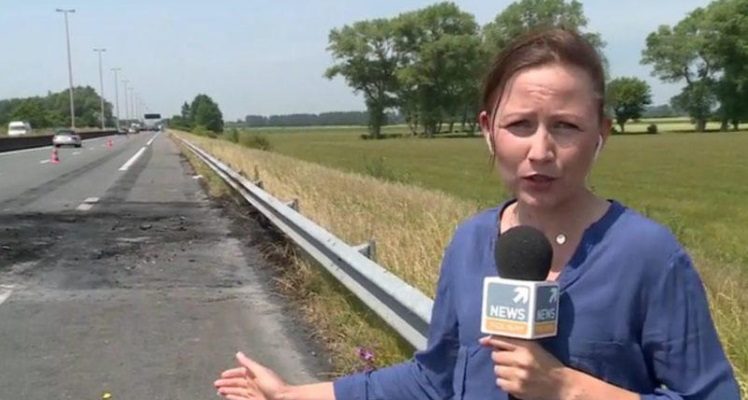 
Dorota Bawolek, a Polish journalist working in Brussels for Polish private TV channel Polsat TV, was targeted by hundreds of hateful messages on social media after the Polish public TV station TVP reproached her of having asked the European Commission an “upsetting” question on Thursday 13 July 2017.

That Thursday, during the daily press conference of the European Commission in Brussels, Dorota Bawolek asked for explanations on the state of democracy in Poland. On that same day, the Polish Parliament had adopted a draft law that would weaken the independence and impartiality of the judiciary and of the Supreme Court in particular.

Noticing that the Commission was more inclined to comment on the issues concerning the withdrawal of the United Kingdom from the European Union, Dorota Bawolek burst out: “You`d rather talk about a country that is leaving the European Union than about one that is still a member and that, if you refuse to commentate on what is happening, will also be at risk of leaving”.

Following her remarks, TVP broadcast a report equating Dorota Bawolek`s attitude to “provocation”. The segment was then widely shared on social media, where the journalist was called a “traitor”, a “prostitute” and an “anti-Polish manipulator”, with some going as far as suggesting “shaving her head” or “hanging her”.

Polsat TV has been called a “traitor of the Polish nation”. Some internet users have called for its immediate closure and for the establishment of a list of “traitors”.

Faced with this outpouring of hate, the Chief Spokesperson of the European Commission, Margaritis Schinas, expressed his indignation: “These are completely unacceptable threats, we have a duty of care toward all journalists accredited to the European Union”.

“The EFJ also strongly condemns these threats,” said Ricardo Gutiérrez, General Secretary of the EFJ. “We have deep concerns about the way the Polish public media is feeding this shameful hate campaign. That’s really worrying: attacks towards journalists criticizing the policy of the ultra-conservative government are frequent and growing in Poland.”

The EFJ reported Dorota Bawolek’s case on the Council of Europe Platform for the Protection of Journalism and the Safety of Journalists.