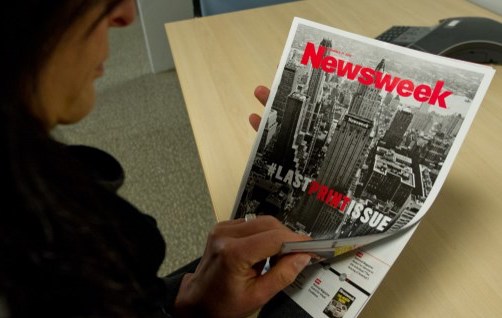 
Adria Media Group (AMG), a major Serbian publishing house, announced on 1 August that it would cease publishing the Serbian edition of the popular US-owned Newsweek magazine.

AMG’s National Bank of Serbia accounts were frozen by the Serbian government in early July, the group reported. AMG quoted the Tax Administration Office saying in a statement on 6 July that the blocking of AMG’s bank accounts was made “to secure the collection of public revenue for which the control process is in progress, as there is a risk that the taxpayer will hurt, disable or make it ineffective”.  Requests for further explanation into the matter were denied by the tax office, reports added, stating that their reasons are “secret”.

The IFJ/EFJ affiliate, the Independent Journalists Association of Serbia (NUNS), stated that it “regrets and expresses serious concern over the closure of the magazine Newsweek Serbia. Newsweek which has professional editorial policy and a variety of content, especially by dealing with specific non-commercial topics of public importance, occupies a special position in the Serbian media scene. Without going into justification of the AMG claims, NUNS believes that the media market in Serbia is politically controlled and that in practice they have not come into force with the legally prescribed rules and mechanisms that should ensure full freedom of the media.”

The Journalists’ Association of Serbia (UNS), another IFJ/EFJ affiliate, “regrets whenever a media outlet that contributes to difference of opinions and brings to light important issues closes”, said UNS president Vladimir Radomirović.

AMG has now filed a criminal complaint against the Interior Minister Nebojsa Stefanovic and Dragana Markovic, Director of the Serbian tax office, claiming they are the victim of “brutal smear campaigns against AMG president Aleksandar Rodic and all employees in the company the Minister leads in pro-government media.”

Newsweek is a popular American owned magazine company with 12 global language and 4 English editions worldwide. Newsweek Serbia was launched as a weekly magazine in January 2015 after AMG purchased the publishing rights in late 2014. In June 2016, AMG reduced its circulation by printing the editions on a monthly basis.