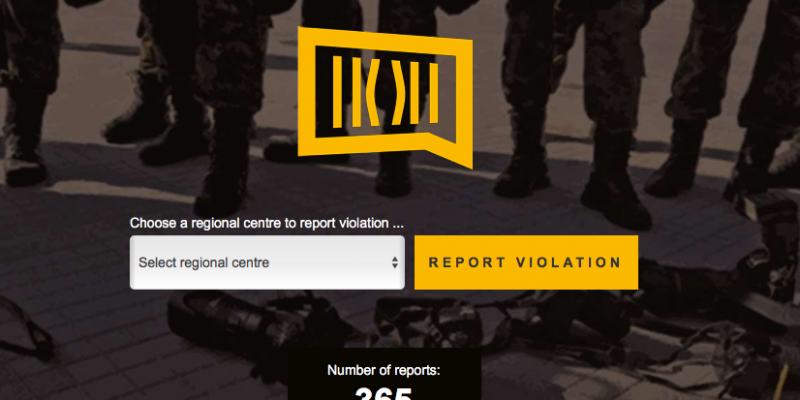 
The European Federation of Journalists (EFJ) is joining the call of the Western Balkan’s Regional Platform for Advocating Media Freedom and Journalists’ Safety in condemning the attacks and pressures on journalists, which happened in the last few days in Slavonski Brod (Croatia), Skopje (Macedonia) and Partes (Kosovo) :

On Wednesday, August 23, journalists Visnja Ruzojcic from HRT and Aleksandra Primorac from the portal SBplus were physically attacked in Slavonski Brod. According to the reports of the SBplus portal, the journalists Primorac and Ruzojcic reported on the shooting, which happened during the previous night and in which one citizen was seriously injured. The journalists were in front of the cafe Hajduk in Slavonski Brod when an unknown man physically attacked them, offended them and tried to take a camera from Visnja Ruzojcic. The journalists immediately informed the police authorities about the physical attack, and the police reacted immediately. The attack was publicly condemned by Croatian Journalists Association branch of the Brod-Posavina County.

On the same day, journalist team of Nova TV was physically attacked in Skopje, while reporting on the action of gathering signatures against building refugee camps in Macedonia. A supporter of the civic initiative that organized the collection of signatures committed the attack on reporters. We are encouraged by the fast reaction of the Ministry of Internal Affairs, which immediately identified the perpetrator, called him in for questioning and announced criminal charges for violence to be made against him. The attack was condemned by the Association of Journalists of Macedonia, which considers it to be an attack against freedom of speech and citizens’ rights to be informed.

Also on August 23, an incident took place in Partes, when police detained three Russian citizens, according to unofficial information – two of them were journalists from Estonia and Latvia. After a two-hour detention, they were released and no criminal or misdemeanor procedure was initiated against them. Such account was confirmed by the police administration in charge of the Gnjilane region, but the reasons for detention were not revealed to the public. The Regional Platform calls local governmental institutions to implement international standards for protection of journalists, their security and freedom of expression.

The Regional Platform strongly supports journalists’ and media organizations efforts in protection of journalists and freedom of speech. The Platform calls authorities, police and judiciary in all Western Balkans’ countries to provide free and safe working conditions for journalists and media.

In the first eight months of this year in the countries of the Western Balkan region there were 63 recorded cases of threats and physical attacks on journalists, including the latest incidents.

Any attack on journalists is an attack on the public interest, democracy and the rights of all citizens.