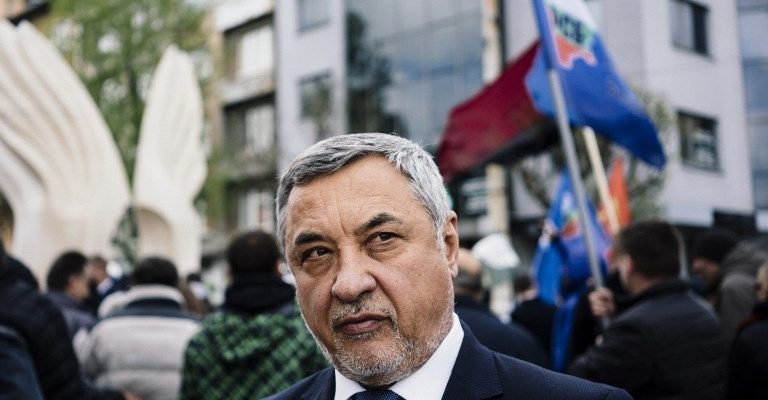 
The European and International Federations of Journalists (EFJ-IFJ) are concerned about threats from politicians on Bulgarian TV journalist Viktor Nikolaev. The EFJ and IFJ join the Union of Bulgarian Journalists (UBJ) in its call to end harassment of journalists and support freedom of expression in the country.

Viktor Nikolaev, journalist for NOVA TV, was threatened by Member of Parliament Anton Todorov and Deputy Prime Minister Valeriy Simeonov (our picture) during live broadcast of his morning show last Friday. Todorov and Simeonov threatened the journalist to lose his job if he continued to ask questions about the purchase of fighter aircraft for the Bulgarian Air Force.

This threat immediately raised a wave of concern and indignation among journalists in Bulgaria. Both politicians consider this incident as misrepresentation of their words. However, the same day Todorov apologised in a Facebook. He decided to resign from the Parliament on Monday.

On the contrary Deputy Prime Minister Simeonov considered the accusations as slander. He asked Bulgarian National Radio, Bulgarian National TV and NOVA TV for an apology, threatening them to bring the case to court. According to Simeonov, the media organized a scandalous campaign against him.

“The IFJ is concerned about every attempt to oppress media freedom and urges the Bulgarian government to respect, secure and guarantee freedom of the press for all journalists. We also require immediate action to be taken in response to the threats to our colleague Viktor Nikolaev. Such threats are pure intimidation acts and have no place in a democratic society,” said IFJ president Philippe Leruth.

“In a truly democratic state, such as Bulgaria, which is an EU member and will soon take over the EU presidency, such a drastic and demonstrative attack against media freedom and journalists by a member of parliament from the ruling party and by a Deputy Prime Minister should only have only one result: a resignation. Threats from government to journalists are threats to our entire society because they violate their right to be informed of serious issues and processes of public interest,” said UBJ President Snezhana Todorova.

The EFJ and the IFJ reported the case on the Council of Europe Platform for the Protection of Journalism.

A demonstration of Bulgarian journalists will be organized in front of the Council of Ministers building on Wednesday 11 October, in Sofia.