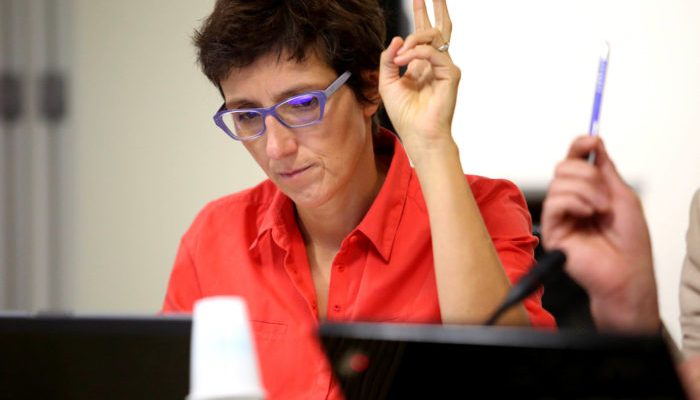 
The European Federation of Journalists (EFJ) has released an alert to the Council of Europe, concerning a death threat against Croatian reporter Maja Sever. Sever is a journalist from the Croatian Television (HRT, public media service), and received a threat on October 29 via Facebook in response to her story about Nigerian refugees.

The private Facebook message was racially charged, stating that “if you want to live with N***ers, go live in England, France or USA, but do not promote that Freemason’s multicultural politics in Croatia”. The aggressor also called Sever a “whore” and a “Yugoslav – mason whore”, according to the Croatian Journalists’ Association (HND).

Maja Sever has said that the message was sent by a Croat living in Belgium.

The message ended by mentioning execution, and stated that “the day when you will be killed is coming soon”, HND reported.

The incident has been condemned by the OSCE Representative on Freedom of the Media, Harlem Desir, who called for a swift investigation. HND has also responded, stating that they will send letters of concern to all relevant authorities in Croatia to request them to investigate this case, as well as to prevent any form of violence against journalists.

In the last four years, 39 cases of threats and attacks against journalists have been recorded by the HND. President Sasa Lekovic, states that “We inform Croatian public, international journalists’ organisations and others dealing with media freedom about every case of attacking journalists and we call for an effective and prompt reaction of Croation institutions.”

Statement from the Western Balkan Platform: “Croatian authorities to react: 11th attack on journalists this year”