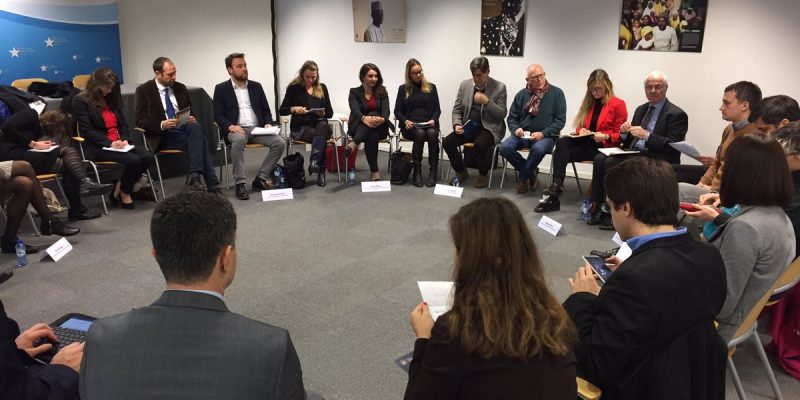 
“How to improve the precarious state of journalism in South East Europe and Turkey” was the topic of a press conference held by the European Federation of Journalists (EFJ) on 14th November 2017 at the Press Club Brussels. The press conference took place in the framework of the EFJ project, Building Trust in Media in South East Europe and Turkey – a project supported financially by UNESCO and the European Union.

Andris Kesteris, principal advisor at DG for Neighbourhood and Enlargement Negotiations (NEAR) at the European Commission and Tarja Turtia, UNESCO Programme Specialist, attended the event to hear representatives of trade unions and professional associations from Albania, Bosnia and Herzegovina, Kosovo, Macedonia, Montenegro, Serbia and Turkey, speak about the conditions faced by journalists and media workers. The discussion was moderated by Aidan White, director of the Ethical Journalism Network, who opened the event by addressing the brutal realities faced by journalists in South East Europe and Turkey.

The testimonies began with Vlado Apostolov from SSNM (Macedonia), who argued that journalists cannot do their jobs to a high standard if they are not economically free. “In Macedonia, journalists earn under 200 euros per month, often paid late, and unions are taboo”, he added. Low wages and delayed payments were problems identified by representatives from all countries. 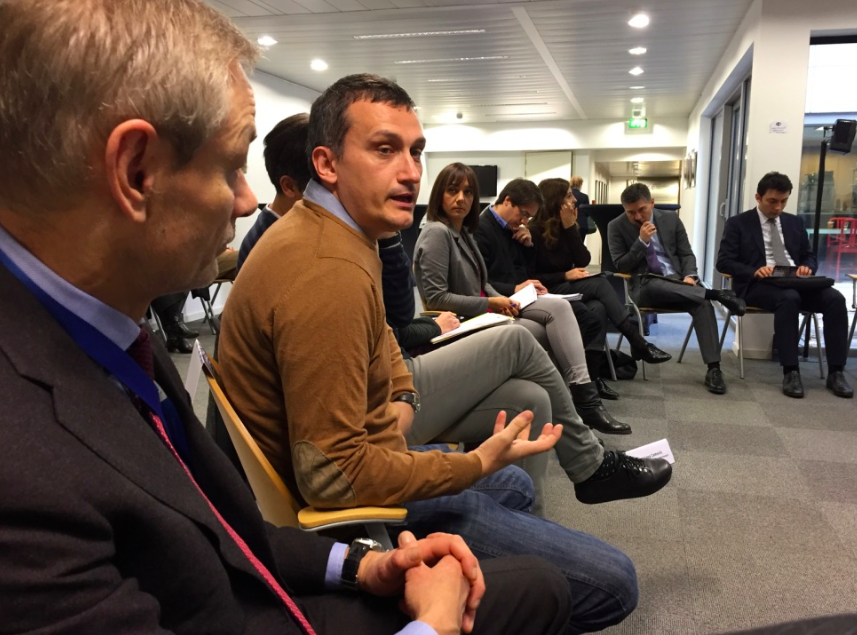 Conditions are similar in Serbia, Maja Vasic-Nikolic (NUNS) reported, where the biggest problem is self-censorship as editors are influenced by media owners. Dejan Gligorijevic (SINOS) explained that public service broadcasters (PSB) are one of the few media organisations who have collective agreements in Serbia and underlined the total absence of social dialogue in the private sector.

The lack of collective agreements were highlighted as a general problem for media workers in the whole region. “Labour rights are weak; for example, there is a lack of labour laws at the state level in Bosnia and Herzegovina”, Rea Adilagic (BHN) stated. Labour inspectors do not investigate media employers, reported Marijana Camovic (SMCG) from Montenegro and Shkelqim Hysenaj (AGK) from Kosovo. Mr Hysenaj also acknowledged problems of safety, as “there have been 24 cases of physical attacks of journalists in Kosovo this year”, according to his association. 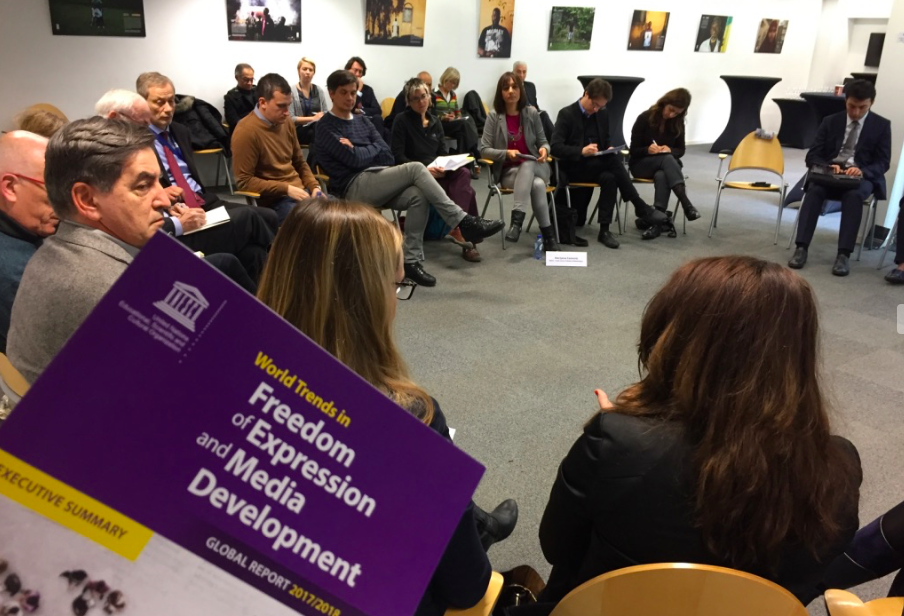 In Turkey, over 150 journalists are imprisoned and the “free” journalists face precarious working conditions with more than 10,000 journalists being unemployed, Mustafa Kuleli (TGS) explained. Here, “only 5% of journalists are unionised, as being in a union is risky”, he added. Mr Kuleli referred to three major challenges (political, economical, technological) affecting the future of journalists and the media industry.

Without support for increased labour rights and protections for freedom of expression, trust in media cannot be increased, argued Erisa Zykaj (APJA) from Albania.

So, what can be done to help? Rainer Reichert (DJV), co-chair of the EFJ Labour Rights Expert Group (LAREG) emphasised the need to exchange best practices between Western and South East Europe. Mr Reichert also suggested the need to make the situations known to the EU. It was acknowledged by representatives that pressure from the EU could help, as candidate countries would not get EU status without addressing media restrictions. 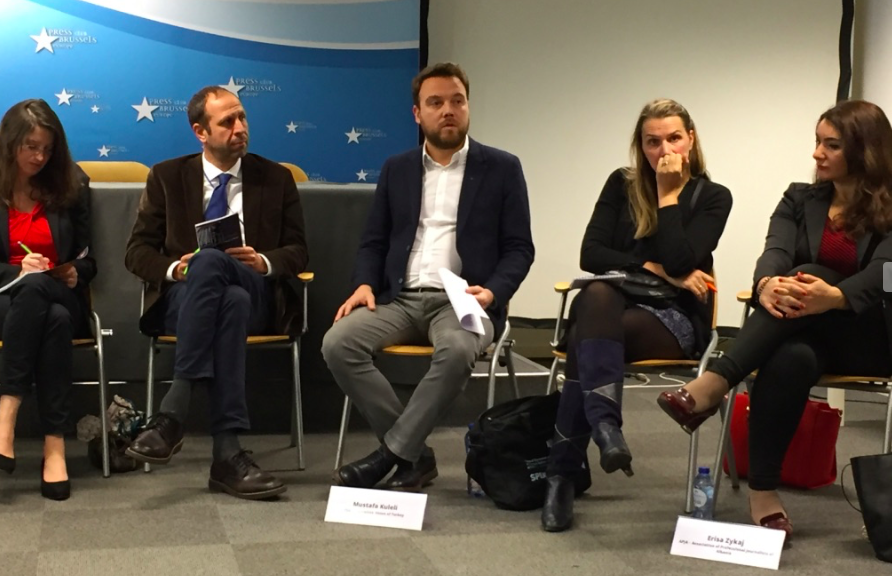 The national reports from these 7 countries were also shared at the LAREG+ meeting. A variety of possible solutions to the poor working conditions faced by journalists were discussed, including transnational agreements for media companies and an expert networking group, as well as a database so that unions can see the strategies of unions in other countries.

The next actions planned by the EFJ in the #TrustinMediaSEE project include a social media campaign to raise awareness about the precarious working conditions for journalists in the region, as well as a photo exhibition and two events in the region in the coming year 2018.