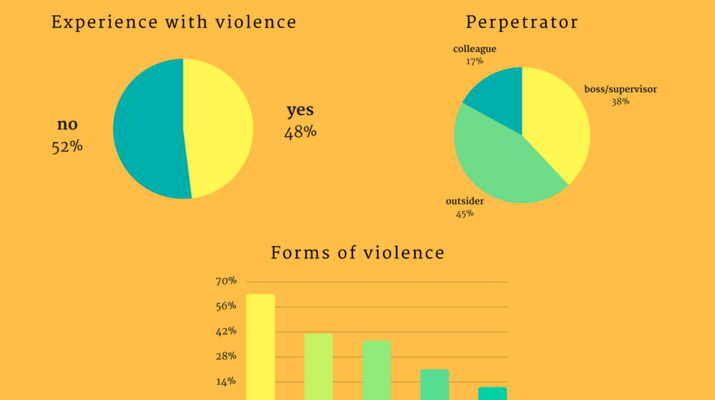 
On 29 November 2017, the European Federation of Journalists (EFJ) met with UK Labour MEP Rory Palmer, shadow rapporteur for the European Parliament Employment and Social Affairs Committee’s Opinion on a Draft Report on gender equality in the media sector in the EU.

Pamela Morinière presented the EFJ perspective on gender equality in the media and introduced the latest IFJ survey results on violence against women journalists.

Discussions addressed the opportunity to include a quota system to promote women in leading roles in the media. Both the EFJ and the representative of  the European Newspaper Publishers Association (ENPA) agreed that a quota-based system is not the solution and does not necessarily empower women. Pamela Morinière pointed out the need to adopt gender policies in media houses and to implement them. She also suggested asking media houses for more transparent recruitment procedures.

The importance of setting a mechanism to counter violence at work was also raised, as well as the role women media leaders could play in supporting strong gender equality policies at work.

The need to strengthen ethical coverage and quality journalism was pointed out by EFJ as a response to biased reporting on women and the lack of women sources in the news.

The EFJ also insisted on life-long learning, education and training on gender equality as well as equal access to training for all media workers.

Amendments to Employment committee’s draft opinion will be tabled by 12 December 2017. The Committee is convening on Monday 4 December to discuss the Opinion.