5 media professionals killed in Europe in 2017 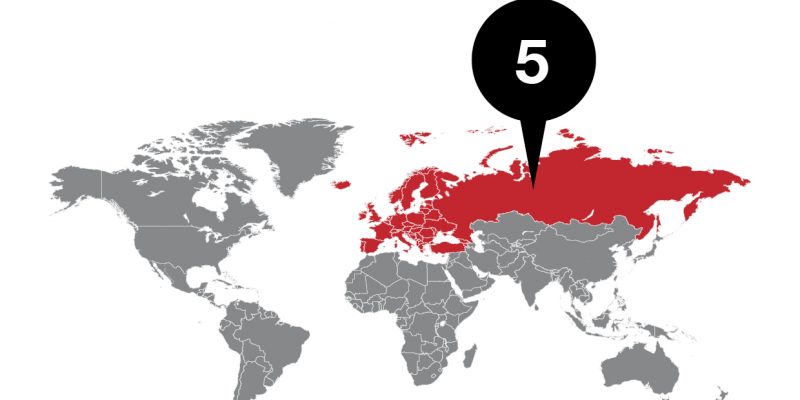 
80 journalists have been killed worldwide this year, including 5 in Europe, according to the International Federation of Journalists’ (IFJ) Killed List, published today. The list details the journalists and media staff killed in targeted killings, car bomb attacks and cross fire incidents around the world during 2017.

The Swedish freelance journalist Kim Wall was killed in Denmark in August this year. The journalist had boarded a civilian submarine with its inventor, Peter Madsen, and was researching for a feature about him and the vessel which he had built from crowdfunding. Kim Wall’s body parts were later found in the sea. Madsen initially said that he had dropped her safely near Copenhagen, but changed his statement saying that she had died in an accident. He confessed to dismembering her and giving her a sea burial. The investigation is still continuing. The trial will begin in March 2018.

30 year-old Kim Wall had worked for many news organisations including The Guardian, The New York Times and The South China Morning Post, after graduating from journalism school at Columbia University.

The Maltese freelance investigative journalist Daphne Caruana Galizia was killed on 16 October, by a car bomb near her family home in Bidnija, Malta. In December, three men were charged with her murder, but the European Federation of Journalists (EFJ) calls on the Maltese authorities to arrest and charge the masterminds behind the murder.

The 53-year old journalist was well-known for her investigative journalism and her blog Running Commentary, one of the most widely-read websites in Malta. She was the first to break the news of Maltese politicians’ involvements in the Panama Papers leak. Preceeding her death, Ms Caruana Galizia had been sued multiple times for her stories revealing corruption scandals by Maltese politicians and her bank accounts were frozen in February this year. According to media reports, she had filed a police report 15 days before her death, saying she was being threatened.

The 73-year old reporter from Russia, Nikolai Adrushchenko, died in April in a St Petersburg hospital after being severely beaten up six weeks earlier by unknown assailants. Several hours after the beating, he was found unconscious and remained in a coma until his death. The attackers have still not been identified.

Adrushchenko was the co-founder of Novy Petersburg in 1990, and made his name by writing about human rights issues and crime. He had been previously imprisoned in 2007 on charges of defamation and obstruction of justice, following his coverage of a murder investigation and trial in St Petersburg.

Dmitry Popkov, the co-founder and editor-in-chief of local Russian newspaper Ton-M, was shot dead in the town of Minusinsk on 24 May 2017. Popkov had been shot 5 times by an unidentified perpetrator, and his body was found in his backyard. A local spokeswoman said that an investigation into murder was opened. Investigators are assessing different slopes, including “professional activity” of the victim.

Popkov was well known in his region since he became a regional parliament deputy for the Communist Party. He also funded Ton-M, whose investigations, including on police corruption, have garnered significant public attention.

In April this year, the Iranian TV executive Saaed Karimian was shot dead in Istanbul, Turkey. He died immediately after the gunmen, who were reportedly masked, opened fire on a vehicle which he was in. His Kuwaiti business partner, also in the vehicle, died later in hospital. The vehicle used in the killing was later found burnt out, and Turkish police are continuing to investigate the case.

45-year old Karimian was the founder and chairman of the Persian-language GEM TV company. GEM TV dubs foreign and Western programmes into Persian, and broadcasts them in Iran. Because of this, it has been criticsed by Iran for spreading Western culture, and showing programmes which are against Islamic values. Karimian had previously been tried in absentia by a Tehran court in 2016, and sentenced to six years in prison for spreading propaganda against Iran.

The fewest killings in a decade

The IFJ welcomed the fall in deaths, but cautioned that unprecedented numbers of journalists were jailed and forced to flee, self-censorship was widespread, and that impunity for the killings, harassment, attacks and threats against independent journalism were running at epidemic levels. The fact that two out of the 5 journalists killed in Europe were freelancers is even more indication that harassment against freelance journalists is on the rise.

“We welcome the fact that this year has been the least deadly in a decade for journalists but there is no room for complacency … killings continue at frightening levels, more women journalists have been murdered, impunity for killings still runs at over 90%, self-censorship remains widespread and more journalists are in jail than at any time in recent years,” said IFJ general secretary Anthony Bellanger.