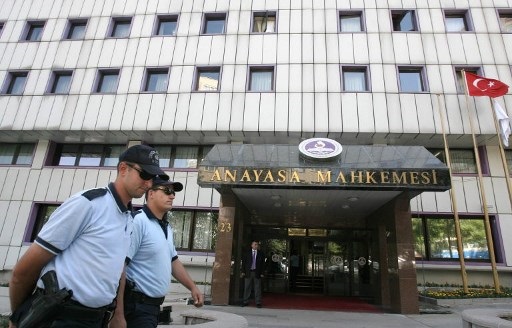 
A High Criminal Court of Istanbul has defied a Constitutional Court’s ruling that the rights of journalists Mehmet Altan and Sahin Alpay to liberty and freedom of expression have been violated and the two journalists should be released from custody. The lower court said the judgment was a “usurpation of authority” and therefore could not be accepted.

Initially, the lower courts impacted by the ruling said the detentions would be reviewed after the top court’s reasoned decisions were formally communicated. In turn, the Turkish Constitutional Court then released its judgments and posted notes on social media saying that they are available and accessible online. Nevertheless, the journalists remain in detention.

The reaction from the deputy prime minister and government spokesperson, Bekir Bozdağ on 12 January, was disturbingly similar to the reasoning of the lower court issued later in the day. He objected to the decision, claiming that the Constitutional Court had “exceeded” its authority. Bozdağ, who served as justice minister for several years until the latest cabinet reshuffle last July tweeted, “The Constitutional Court has acted as a first instance court by making an assessment of the case and the evidence. (…) The Constitutional Court cannot act as a Supreme Court of Appeals”.

PEN International, ARTICLE 19, European Centre for Press and Media Freedom (ECPMF), European Federation of Journalists (EFJ), Human Rights Watch (HRW), Index on Censorship, International Press Institute (IPI) and Reporters Without Borders (RSF), who have campaigned on Altan’s and Alpay’s cases since their detentions and submitted third party interventions on the cases to the European Court of Human Rights, expressed dismay that the decision has not been carried out and the implications for the rule of law in Turkey.

“We are profoundly concerned about the lower courts’ lack of implementation of this historic decision by the Constitutional Court and that it is the direct result of political pressure on the court, which would amount to interference with its independence. Together, this gravely undermines the separation of powers and the rule of law in Turkey,” said Carles Torner, executive director of PEN International. “Basic principles of justice, both legal and moral, require the lower courts to implement this decision and release these journalists – who have languished in prison for over a year – without delay.”

These were the first rulings that the Constitutional Court had made involving detained journalists since the attempted coup of July 2016, following which scores of journalists have been detained. Ruling on individual applications filed on behalf of Alpay and Altan, the court said their detentions led to violations of the “right to personal liberty and security” protected under article 19 of the Constitution and “freedom of expression and the press” protected under articles 26 and 28.

The court stated that “press freedom as a specific element of freedom of expression has vital importance in democracies. It includes not only the dissemination of ideas and information, but also society’s access to those ideas and information,” dovetailing the European Court of Human Rights’ jurisprudence on the role of journalism and the importance of press freedom in a democratic society. The decision was taken by an 11-6 majority vote. It was widely expected that the ruling would set the precedent for the release of other journalists in the country.

Under the Turkish Constitution’s article 153, all Constitutional Court rulings enter into force immediately and are binding for the legislative, executive and judicial organs, including the administration and officials.

“The EFJ is demanding that journalists be freed immediately following the decision of the Turkish Constitutional Court. The refusal of the 13th and 26th Criminal Courts to implement the decision of the upper court is a direct attack on the rule of law and the independence of the judiciary”, said Ricardo Gutiérrez, General Secretary of the EFJ.

Altan, a professor of economics and newspaper columnist, was arrested on September 10, 2016, along with his brother, Ahmet Altan, on charges stemming from their alleged links to a network led by Fethullah Gülen, which the government accuses of maintaining a terrorist organization, “Fetullahist Terrorist Organization/Parallel State Structure (FETÖ/PDY)”, and orchestrating the failed coup attempt of July 15, 2016. He was jailed pending trial on September 22, 2016 and is currently charged with “attempting to overthrow the Constitutional order,” a crime which carries an aggravated life sentence. Lawyers for Altan filed applications before the Constitutional Court on November 8, 2016, complaining that his rights were violated and seeking his release.

Alpay, a 73-year-old journalist, was arrested on July 27, 2016 as part of an operation targeting former columnists and executives of the shuttered Zaman daily and was imprisoned pending trial on July 31. He is accused of “attempting to overthrow the Constitutional order, the government and Parliament,” charges carrying three aggravated life sentences, and an additional prison term of up to 15 years for “membership in a terrorist organization.”

PEN International has been monitoring Mehmet and Ahmet Altans’ criminal court proceedings and has intervened, with EFJ and others, in the Altans’ and in Sahin Alpay’s cases before the European Court of Human Rights concerning their detention.