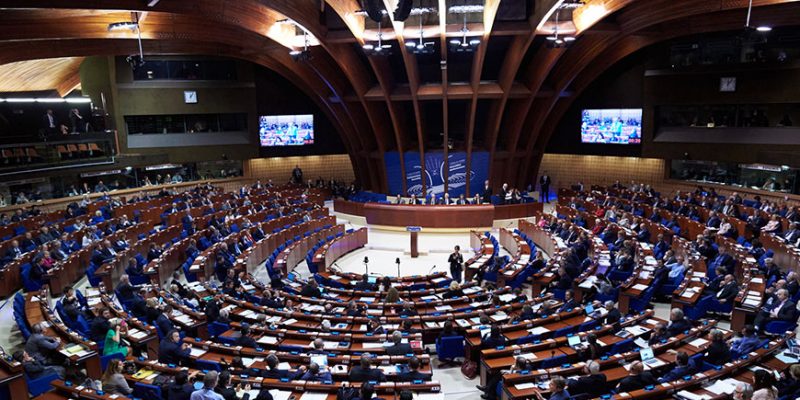 
114 MPs from the Parliamentary Assembly of the Council of Europe (PACE) have signed a motion demanding an international monitoring on the investigation of the murder of Maltese journalist Daphne Caruana Galizia. The motion was signed at Strasbourg but has not yet been discussed in the Assembly.

The signatures were collected in a single day, well surpassing the 20 signatures needed to submit a motion, with representation from all political groups.

The motion was proposed by Dutch politician Pieter Omtzigt, and calls for an international approach to investigating the case of the murdered journalist.

“The Parliamentary Assembly believes that the international community has a responsibility to monitor the ongoing investigation to ensure that all aspects surrounding the assassination are thoroughly and impartially investigated by the competent authorities, without political interference suspected by numerous Maltese demonstrators. This must include an examination of the full context of the assassination, including institutional failures and the systematic targeting of Caruana Galizia for her work. The Assembly should help shed some light on the background of the crime, in co-operation with the relevant Maltese authorities. The effective investigation of this assassination is crucial to all who seek justice and an end to impunity for those who instigate and commit the assassination of whistleblowers and journalists.”

The motion seems to have been fully supported by the new PACE president Michele Nicoletti, and it will now go through the standard processes, with a key decision taking place in March.

The European Federation of Journalists welcomes international scrutiny into the case of Daphne Caruana Galizia.

More than 110 MPs signed this motion and want the whole truth about the assassination of Daphne Caruana Galizia to emerge pic.twitter.com/pRW5SWEnI1