No neighbouring right without remuneration for journalists 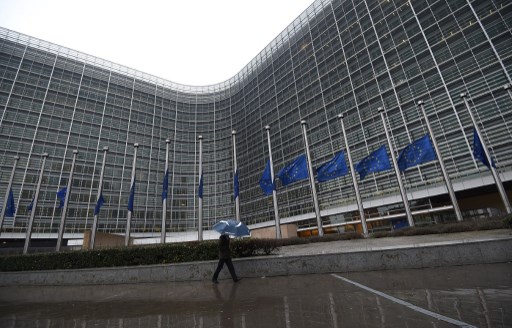 
In a statement published today the International and the European Federations of Journalists (IFJ and EFJ) voice their concerns over the exclusion of journalists’ interests in the ongoing EU debate over a neighbouring right on press publications. These organisations, representing over 300,000 journalists throughout Europe, cannot support the proposal in this form.

A European Commission proposal for an EU directive on copyright in the digital single market is currently being discussed in the European Parliament and EU member states. One of the most controversial issues in this text is the introduction of a so-called neighbouring right for press publishers over their publications.

Such a right is perceived by press publishers as necessary to “stop the unauthorized commercial use of our stories that undermines the independent journalism our democracy depends on”. In other words, the current text aims to respond to ongoing commercial reproduction of news stories in whole or in part, without authorization by or payment to publishers.

The IFJ and EFJ regret that the current proposal provides journalists no guarantee that they will benefit from  any income arising from another layer of rights over their works.

“We are concerned by the reproduction of journalistic works for commercial purposes, either online or offline, without authorisation nor payment – and we must tackle this,” said IFJ president Philippe Leruth.

“However, the introduction of an EU neighbouring right for press publishers that does not take into account the need to remunerate journalists for this extra layer of rights over their work is absurd”, Leruth continued.

“How can journalists expect to make a living and exercise their moral rights where they are being excluded from receiving any benefits resulting out of this right and where they are still forced to sign buy-out contracts depriving them of all their authors’ rights?”.

Publishers frequently demand that journalists sign “buy-out” contracts that hand over all income resulting from the journalists’ work other than the first payment. Frequently, these contracts are presented on a “take-it-or-leave-it” basis with no possibility of negotiation. Not only is this  unfair contractual practice, but it serves to frustrate attempts by legislators to ensure that authors’ rights law supports quality authorship, including independent journalism.

EFJ President Mogens Blicher Bjerregård said: “We have tried to outline solutions that make journalists and publishers strong together. Sadly, journalists’  interests are not being fully recognised in the debate on a neighbouring right. We have emphasised, and I repeat, that we can not support such a right unless it is managed by collective management organisations that are democratically accountable to authors. To date, EU proposals offer no such guarantee, which makes them unacceptable to journalists.”