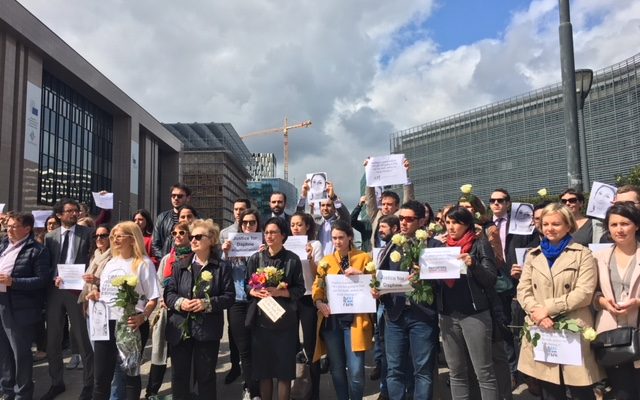 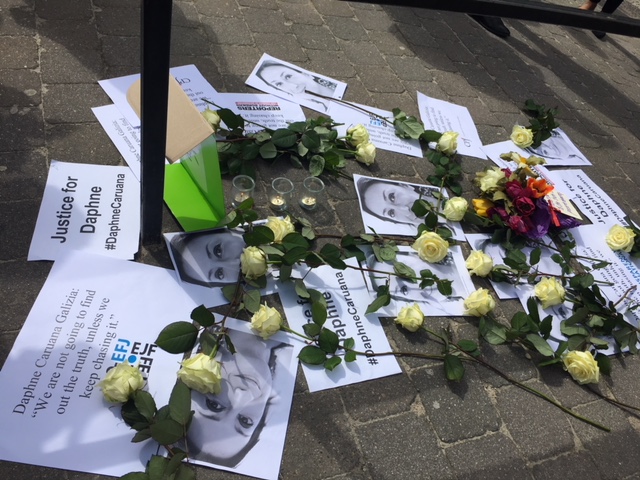 It was as sad and enraging as it was utterly humbling: hundreds of media freedom activists gathered on 16 April in eight cities worldwide to remember Daphne Caruana Galizia, who was murdered six months ago to this day, and to call on the Maltese government to finally bring those to justice who ordered her killing. Vigils were held in Valletta, London, Brussels, Berlin, Dresden, Amsterdam, Edinburgh and Washington DC. The EFJ co-organised with CPJ, RSF, TI, Il Kenniesa the gathering in Brussels and the ECPMF did the same in Dresden and Berlin.

As shows the Daphne Project. 45 journalists from 15 different countries have been working in secret to complete and publish Daphne’s investigations. To support efforts like these the ECPMF has recently launched its investigative journalism grant, the IJ4EU.