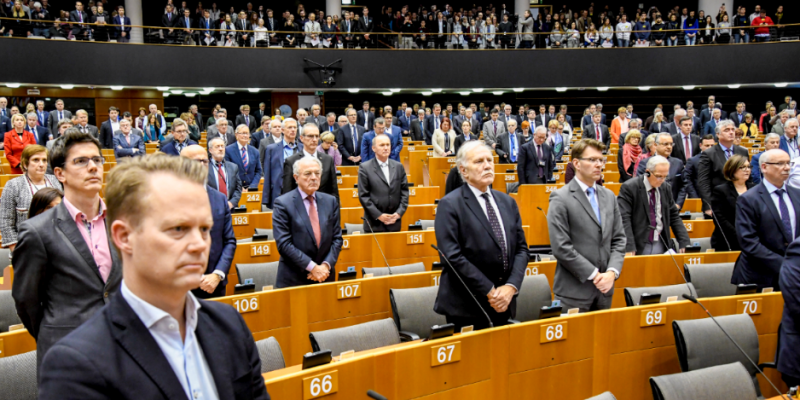 In the wake of the murders of investigative journalists Daphne Caruana Galizia and Ján Kuciak, MEPs demand

Additionally, MEPs urged Slovak authorities to ensure a thorough and independent investigation into the murder of Ján Kuciak and his partner. A joint investigation team co-led by Europol with full access to the case file was strongly recommended. The European Federation of Journalists (EFJ) welcomes this resolution and calls on the Slovak and Maltese authorities to finally bring those who ordered the murders of Ján and Daphne to justice.

The murders of Daphne Caruana Galizia and Ján Kuciak are an attempt to undermine our fundamental values and a blow to the rule of law in the European Union. This Parliament wishes to strengthen the rights and duty of journalists to stand by free and independent information. We owe this to Daphne and Ján and to all European journalists who fight on the frontline every day in defence of our democracy.

Vigils for Daphne were held in 6 European cities on 16 April 2018 which marked 6 months since her murder.

6 months on, we are still waiting for the justice for the murder of #DaphneCaruanaGalizia. Silence vigil held in #Brussels to demand justice and more protection of journalists pic.twitter.com/mUwp7kZuWl