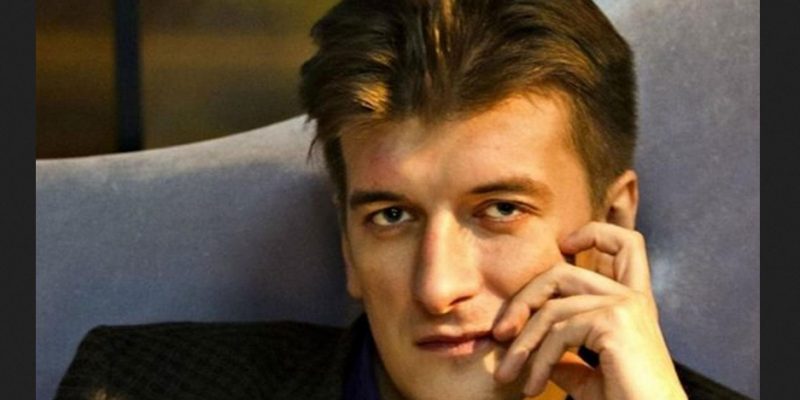 
The European Federation of Journalists (EFJ) calls again for an investigation into the suspicious death of Russian journalist Maksim Borodin.

From Ekaterinburg (Ural, Russia), where he is attending the EU International Conference on Professional Standards and Ethics of Journalism in the Digital Age, the EFJ General Secretary Ricardo Gutiérrez calls on Russian authorities to conduct a thorough investigation into the death of Maksim Borodin. He died a month ago, after falling from the balcony of his fifth-floor apartment, on 12 April in Ekaterinburg.

“It is not the first time we face such a “mysterious” death in Russia. Public authorities should react immediately on every single case related with the safety of journalists. We recently had to put pressure on local authorities to convince them to conduct a criminal investigation on the assault against Dmitry Polyanin, editor-in-chief of Oblastnaya Gazeta, attacked by two unknown assailants, on April 12, at the entrance of his apartment building in Ekaterinburg,” said The EFJ Vice-President Nadezhda Azhgikhina, who is also attending the EU conference.

The EFJ co-signed the following alerts regarding Maksim Borodin and Dmitry Polyanin‘s cases, on the Council of Europe Platform for the Safety of Journalists:

Maksim Borodin, a Yekaterinburg-based investigative correspondent for the independent news website Novy Den, died on 15 April 2018 after falling on 12 April from the balcony of his fifth-floor apartment, local media and his employer reported.

In the few weeks prior to his death, Borodin gained national attention for his reporting on the deaths in Syria of Russian private military contractors fighting on the side of President Bashar al-Assad, according to the Guardian. The journalist also reported on corruption and the prison system in his native region of Sverdlovsk, the paper reported.

Russian police did not open a criminal investigation into Borodin’s death saying there was no evidence pointing to suspicious circumstances surrounding his death, according to reports.

An unnamed spokesperson for Yekaterinburg’s branch of Russia’s Investigative Committee, the agency tasked with probing serious crimes, told the state news agency TASS that Borodin’s apartment was locked from the inside and investigators did not find a suicide note in the journalist’s apartment.

According to Yekaterina Norseyeva, a Novy Den correspondent in Yekaterinburg, it was “very unlikely” that Borodin had committed suicide. “He was going to be transferred to our Moscow bureau; he was full of plans,” she said.

Borodin’s friend, Vyacheslav Bashkov, on15 April wrote on his Facebook page that Borodin contacted him at 5 a.m. on 11 April and said that “security forces” wearing camouflage and face masks were on his balcony and in the interior staircase of his building. Borodin told Bashkov that he thought the security forces were waiting for a court order to search his apartment and asked Bashkov to help him find a lawyer, according to the Facebook post.

Bashkov wrote on Facebook that Borodin called him back an hour later and said he was mistaken and the security officers were conducting a drill.

In his Facebook post, Bashkov said that he went to local police after he found out about Borodin’s death, but police seemed uninterested and “did not question [him] about much.”

Unknown assailants on 12 April 2018 attacked Dmitry Polyanin, editor-in-chief of the regional pro-government newspaper Oblastnaya Gazeta, which had recently published articles about irregularities in the local housing market and related violence, according to the paper and media reports.

Two assailants attacked Polyanin around 7 p.m. at the entrance of his apartment building in Yekatrinburg and beat him with metal rods, according to the journalist’s account published in Oblastnaya Gazeta and the state news agency RIA Novosti, which quoted Valery Gorelykh, a representative of the Interior Ministry’s Sverdlovsk regional branch.

Following the attack, Polyanin was hospitalized with a concussion and a broken rib; he was discharged on 18 April 2018, his employer reported.

An unnamed spokesperson for the regional branch of Russia’s Investigative Committee, the agency tasked with probing serious crimes, told RIA Novosti that a criminal investigation was opened in the incident.

Gorelykh told RIA Novosti that the police were considering different motives for the attack, including Polyanin’s work as a journalist.

On 30 January 2018, Oblastnaya Gazeta published an investigative report on vandalism attacks that occurred over a period of two years in Yekatrinburg, including on office buildings, private homes, and vehicles as well as attacks on property owners that were carried out by unidentified individuals with metal rods. The report did not state who organized the attacks, but criticized law enforcement for not investigating the incidents.

Polyanin told Oblastnaya Gazeta on 13 April that the attack on him was related to his job. “The way this crime was executed is very similar to the ones we described in the report titled ‘It looks like terrorism: What do we know about Yekaterinburg’s housing wars?'” he said referencing the January report.