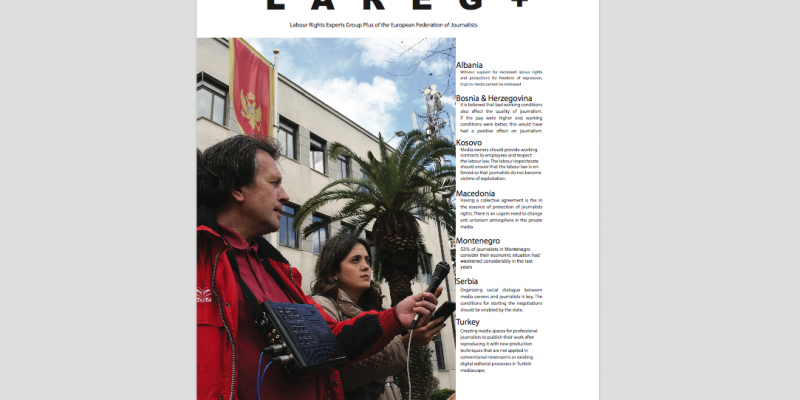 
A new report about journalists’ labour rights in Europe was published by the Labour Rights Experts Group Plus (LAREG+) of the European Federation of Journalists (EFJ) on May 2018.

It contains national reports about journalists’ labour rights from the following countries:

The report will be distributed to delegates and guests during the EFJ annual meeting in June in Lisbon. All national reports were collected from EFJ affiliates in the Western Balkans and Turkey in November 2017.

As part of the project the EFJ launched a video campaign on 8 May 2018 to raise awareness about the difficult working conditions of journalists and media workers in the Western Balkans and Turkey.

The project Building Trust in Media in South East Europe and Turkey is supported by the UNESCO and the European Union.