Belarus: more media censorship and control with new amendments of the Media Law 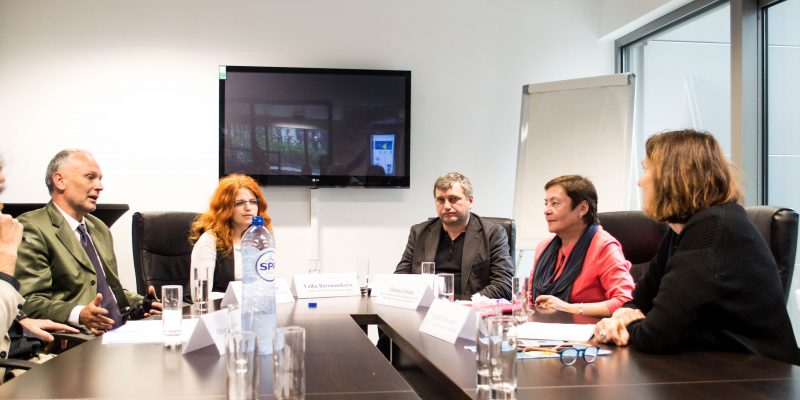 
The crackdown on Belarusian journalists has been intensifying, with 50 fines already issued during 2018, mostly for cooperation with foreign media, and in numerous cases, the amounts were exceeding the average salary of the country, highlighted Andrei Bastunent, the chairperson of Belarus Association of Journalists (BAJ) during a press conference in Brussels back in June 2018. The representatives of BAJ visited Brussels on 19th of June, 2018, as a part of IFJ and EBU cooperation “Media for Democratic Belarus”, to meet the European Institutions and OSCE for discussing the new amendments of the Media Law, as well as the situation of the freedom of press and protection of journalists in Belarus.

Registration of all online and offline publishers, tightened regulations of journalist accreditation and possibility of blocking the social media or any news website, among growing restrictions of media, has been adopted by the Belarus’ National Assembly on 14th of June 2018. BAJ and representatives of media community in Belarus have submitted their comments on the bill to the Ministry of Information and the Parliament, but the hopes for the amendments to be changed in favour of journalists are very slim. 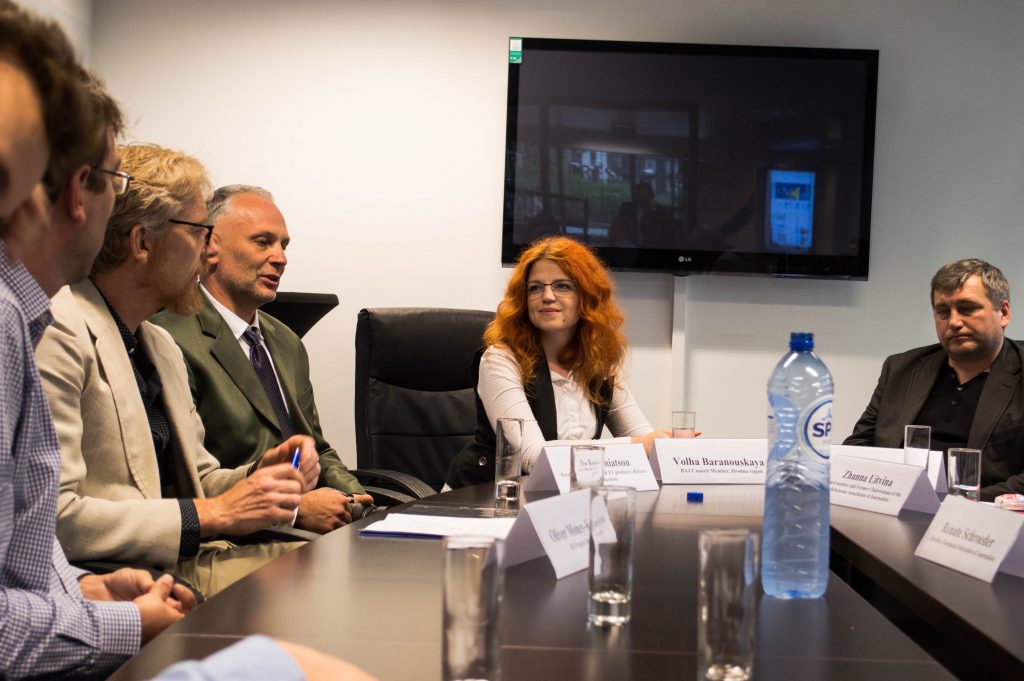 The amendments are sending worrying signals to international organisations and the Council of Europe about the media freedom and pluralism in Belarus, as stated by OSCR and IFJ in their press releases after their meetings with the BAJ. The concerns of EFJ and IFJ were raised, after the new amendments of the Media Law have shown to exclude the freelance journalists from the bill.

The adopted amendments include a general ban on foreigners, foreign legal entities, Belarusian entities with at least 20% stock belonging to a foreign or international entities, and stateless persons establishing media outlets in the country (Article 3-3). The law provides a voluntary registration of all online resources as mass media. The employees of unregistered online resources will not be considered as journalists, and the government bodies will have a possibility to deny accreditation for them.

A special procedure of shutting down the online media will be established, using an extra-judicial blocking. However, the bill provides a possibility to challenge the decisions of the Ministry of Information in court.

The editors of any media will be obliged by the law to analyse and filter the content, giving them the responsibility for preventing dissemination of untruthful information that may harm the State, public interest or defame individuals  or legal entities. They will be also held accountable for dissemination of information or comments through their resources by anonymous internet users (Article 30-1).

Any distribution of foreign media products in Belarus without a permit is banned, obliging TV channels include at least 30% of Belarusian national content in their weekly broadcasting time. The law continues to forbid citizens from contributing to foreign media without special accreditation.

The law continues to ban citizens from cooperation with foreign media without special accreditation from the Ministry of Foreign Affairs. The authorities use the lack of accreditation to inflict large fines on journalists for illegal production and distribution of mass media products.

Andrei Bastunets, chairman of @baj_by: journalists are fined not for the content but solely for the fact that their articles appear in foreign media in #Belarus now atb@BrusselsPressCl @IFJGlobal @EFJEUROPE @ENPABrussels @ECPMF @IndexCensorship

Renate Schroeder, director of EFJ, expressed a great concern and support to BAJ and colleagues in Belarus, fighting for their freedom of speech, as well as the solidarity of the EFJ Freelance Expert Group. EFJ has been  continuously trying to bring the attention of the European Institutions and OSCR to the situation of freedom of expression and freedom of press in Belarus during the relevant meetings with the MEPs, which resulted in adoption of a resolution by the European Parliament  on the prosecution of more than 120 journalists.

On the eve of the World Press Freedom Day 2018, the EFJ together with its affiliates expressed their solidarity and support for the prosecuted journalists in Belarus, as well as urged the governmental authorities of Belarus to immediately stop the unprecedented wave of prosecution against freelance journalists, providing with legal guarantees for the professional work of freelancers.

In April 2018, the EU Parliament has adopted a resolution on Belarus, criticizing the Belarusian government institutions for blocking the independent news websites, criminalization of blogging activities and concern towards the amendments of the Media Law. EUP urged Belarus to lift the blocking of websites and ensure the fundamental freedoms and human rights of its citizens.