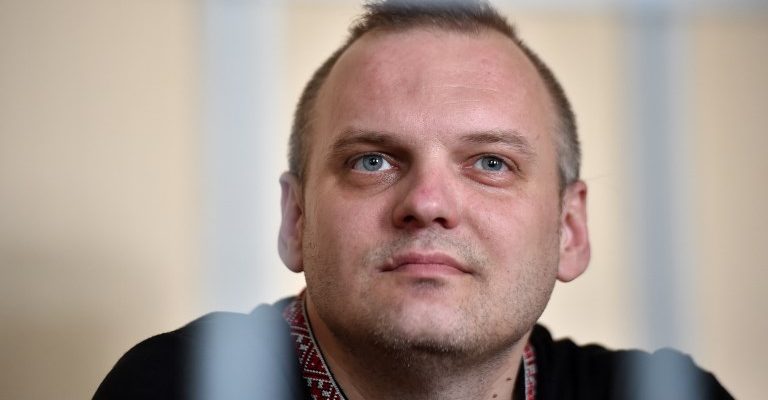 Dzmitry Halko, the freelance journalist on trial after allegedly assaulting a police officer in November 2017, was sentenced to four years in a low-security prison colony and will have to pay a compensation of 850 Belarusian rubles to the victims, reports the Belarus Association of Journalists (BAJ). In July Halko appealed the decision and was released from pre-trial detention. However, yesterday the Minsk City Court ruled to send the journalist to a labor camp, upholding the 4-year prison sentence imposed on him this summer. The EFJ supports BAJ in strongly condemning the decision of Belarusian legislative authorities against the journalist Dzmitry Halko.

Freelance journalist Dzmitry Halko is facing charges for assaulting a policeman, but the allegations are raising doubts for being made without backing of witnesses, reports EFJ affiliate Belarus Association of Journalists (BAJ). Journalist is facing up to six years of detention.

Halko has accused the authorities of abuse and torture during his time of detention, including deprivation of food and water. Journalist told that he was held “handcuffed in a concrete solitude cell” without a possibility to get any water to drink.

The on-going trial has started on 10 July, after Halko was detained on 21 April, crossing the Belarussian – Ukrainian border. The charges against journalist were made back in November 2017, after the police officers entered his apartment following a complaint on loud music supposedly caused by a birthday party of his son. The versions of events following the arrival of police differ.

According to police, the journalist opened the door intoxicated, used insulting language towards the officers and hit one of them. Allegedly, his son hit another policeman to the head.
According to Halko himself, he took one of the officers by the hand asking to leave his apartment, which was followed by officers using force and arresting him and his son. After spending a night at the police station, Halko was fined for “disorderly conduct” and released. Officers have filed the additional charges of assault while the journalist was travelling in Ukraine for few weeks visiting his partner.

During the first day of the hearing, the officers admitted, that no complaint from neighbours was received and the intervention to Halko’s apartment was made on their personal initiative. Despite illegal intervention, the police officers reportedly stayed for over an hour in the apartment while waiting for reinforcement. None of the witnesses confirm seeing Halko pushing or physically assaulting the policemen.

Halko has been reporting on the developments of the armed conflict in Ukraine since its beginning in 2014 to local and foreign media, working as a fixer due to his local knowledge and extensively contributing to publications of  Belaruski Partyzan, an independent news website which has been blocked in Belarus since last year. He started working as an editor of Belaruski Partyzan after murder of its founder Pavel Sheremet in 2016. The pro-Ukrainian news website is known for being critical towards the government, actively covering the anti-government protests in spring of 2017.